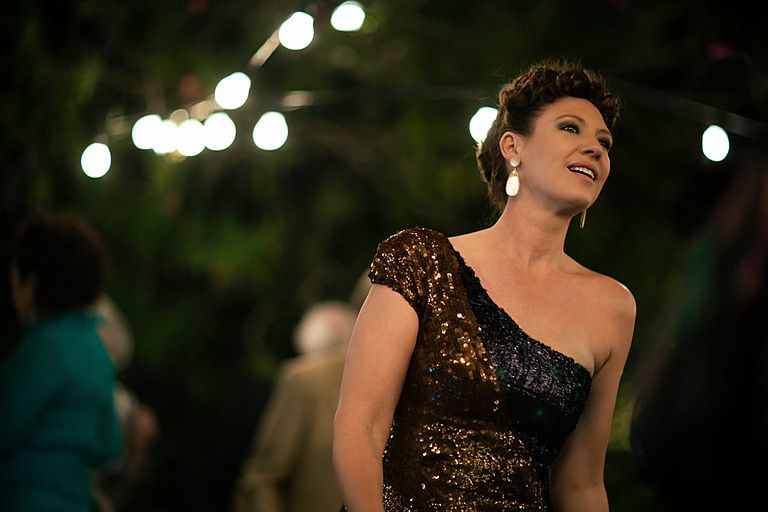 Eighties power dressing and big hair rule the airwaves and catwalks once again as Anna Torv, the chameleon star of hit Australian drama The Newsreader now streaming on BBC iPlayer cooly delivers the big stories of the day dressed in a fashion suit of armour that is a love letter to television news and the rise of the female anchor.

Are you ready for the return of pussy cat bows to Helen of Troy, one-shouldered sequin gowns; high-octane suits, handmade knitwear for confident fashion maximalists a la Princess Diana and the iconic trench coat loved by reporters and made famous by heritage fashion houses Burberry and Aquascutum?

The Newsreader is the series you have to watch now. Why? Because it's fun, the characters are vividly real and authentic, right down to the constant office intriguing and gossip and the news that never rests! ( It certainly reminds this editor of her salad days at The Times and Daily Mirror.) It is set in a golden era for news and authentically chronicles the real-world events of the day from the Chernobyl nuclear accident, to royal wedding fever, the AIDS crisis, Lindy Chamberlain and one of Australia's worst terrorism atrocities.

The Golden Couple of Breaking News

Anna Torv plays Helen Norville, the star anchor of News At Six, a steely anchor one moment who breaks away from the cameras. Torv delivers a searing and compelling portrait of brilliance and madness as a woman who is tormented by her past. She is more than matched by the talented rookie newsman man she falls for, Dale Jennings, played with hunger, passion and vulnerability by Sam Reid.

The writers of the award-winning independent show must have insider knowledge of the world of media and news television as they have succeeded in capturing the thrill of breaking news, the rise of the female newsreader with a huge public following, the Machiavellian power struggles behind the scenes and the need for a wardrobe that never fails.

The Rise of the Female News Anchor

Off camera, we see Helen struggle with her mental health as a result of unresolved teenage trauma, but the moment the cameras roll and she goes live, magic happens. Like a Hollywood diva, she is able to dismiss her demons and deliver the news. Helen's public-facing image is fascinating both historically and culturally.  The eighties produced a lot of female media stars, who were able at last to compete with men, except in one crucial area, image.

Women in the public eye receive far more scrutiny and criticism than men over their weight, dress sense and hair. In one episode, Helen is cruelly told to lay off the biscuits in bed and lose weight, because viewers are ringing in to say she has put on weight.  No kidding. One journalist was famously criticised for having split ends, not for her award-winning reporting skills.  Women more than men are expected to look and dress a certain way. In practice, that means dressing like a film icon, and for entertainment value, despite the serious topics they are discussing and dissecting.

On-screen, Helen wears the pussycat bow blouse, made famous by Mrs Thatcher and once again the darling of the collections in 2023 with bold colours, playful patterns or gauzy, shimmering silks at Hayley Menzies and lustrous silks in hot colours at Winser London.

The eighties also saw the rise of the power suit as a symbol of power and success with Chanel and Escada creating covetable and inventive masterpieces with fantasy tweed, pearls, oversized bows and animal prints beloved by many an eighties female anchor.

Helen also flaunts the power suit with deep lapels accessorized by bold gold earrings and necklaces to emphasise her authority and on-screen glamour.

One of the key fashion moments in the series occurs when Helen goes to the annual party thrown by her rival and co-anchor, Geoff, and wears a dark bronze and midnight blue form-fitting sequin gown to introduce her new man to the world and effortlessly upstage her host.  Now that is the news, or should I say show business?

In the battle for ratings and the top job, sequins, strategic bows and razor heels are all part of the feminine suit of armour.

There is a touch of the gladiator to eighties fashion with the rise of global icons such as Madonna, Oprah, Tina Turner and Princess Diana. It's hardly surprising as women had a lot of barriers and glass ceilings to shatter. At the time they needed to be fierce and to dress and perform like female warriors. Now, the return of eighties ideas to catwalks is softer, more kittenish, confident and less structured. The best pieces can be found at Hayley Menzies, Winser London, Burberry, Frame and Max Mara.

Hayley Menzies is a London designer with a passion and appreciation for vintage fashion treasures who started out with a stall at Portobello Market. She is now the crown princess of quirky maximalism, from her work of art, iconic jacquard cardigans, featuring charismatic big cats to extrovert maxi dresses in shimmering silks, look at me enchanted leopard bomber jackets and the perfect diaphanous lurex harem pants to go dancing in, all night. Ah, if only Studio 54 was still the haunt of the jet set, as it was in the eighties.

For daytime power dressing, turn to Winser London, founded by Kim Winser, the fashion visionary who transformed Pringle and Aquascutum. Winser London is the go-to British fashion house for opulent pussy cat bow blouses, the power miracle dress that hugs and curves in strategic places and stellar knits including Gillian Anderson's very own hot lips on a cashmere blend sweater to raise money for Women displaced by war and the classic trench coat in wool for invincible dressing and confidence no matter how inclement the weather.

Watch the First Series of the Newsreader on BBC iPlayer.

The Newsreader Pictures, Courtesy of the BBC Picture Desk.

About the Journalist and founding editor  - Alison Jane Reid is celebrating Three Decades as an Iconic Feature Writer, writing about cultural icons, the arts and fashion for UK broadsheets and magazines. She worked for The Times Magazine for a decade as a lead feature writer and trained at Mirror Group Newspapers and The Photographer Magazine. She has also worked for The Lady and You Magazine. AJ's interviews and features have also appeared in Country Life, Red, The Independent, The Sunday Times, The Evening Standard and Coast.

Join our magazine tribe and become a supporter of quality independent, slow journalism now. Subscribe and support here. It cost just over £6 pcm, the price of two coffees to support the magazine for one year.

Subscribe to The Luminaries Magazine here and help us write more slow arts and culture journalism that makes your day and offer placements to undergraduates wishing to take up a career in the media or the arts. 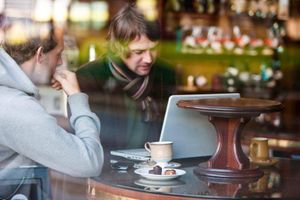 January 12, 2023
More in Arts and Entertainment

Top Secret Letter from the Editor! The Crown Turns John Major into a Sex Symbol, Support The Luminaries, Stargazing and How to Keep Warm in Wondrous Wool This Winter

November 21, 2022
Comments
×You've successfully subscribed to The Luminaries Magazine
×Great! Next, complete checkout for full access to The Luminaries Magazine
×Welcome back! You've successfully signed in.
×Unable to sign you in. Please try again.
×Success! Your account is fully activated, you now have access to all content.
×Error! Stripe checkout failed.
×Success! Your billing info is updated.
×Error! Billing info update failed.