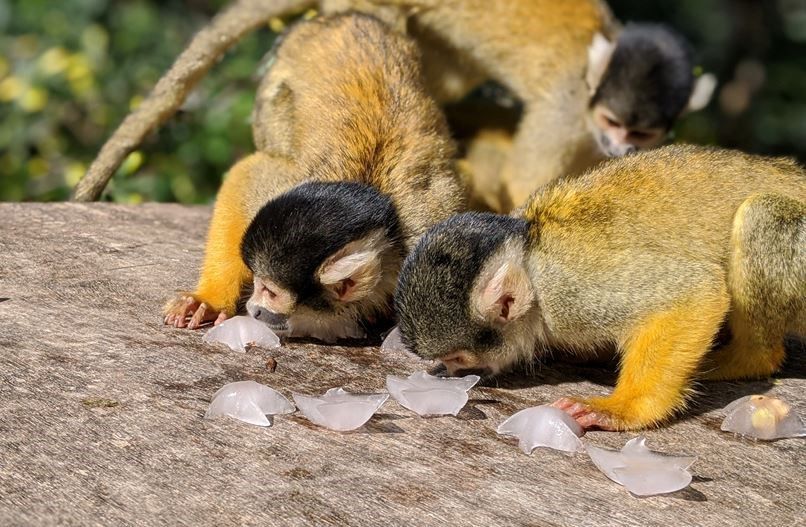 It's a hard life being iconic! As the capital basked in the Indian Summer sunshine, a charismatic troop of Bolivian black-capped monkeys got to feast on star shaped ice lollies while a socially-distanced camera crew from ITV captured their every move. Hanging out with the monkeys is just one of the highlights from An Extraordinary Year - the ITV documentary which starts tonight and is destined to put ZSL London Zoo on the world stage and highlight the zoo's urgent need for support during the pandemic. The zoo has been open continuously since 1828 and remained open for most of WW2 to boost the moral of Londoners.

Viewers can find out more about life at the iconic zoo by tuning in to ITV at 9pm on Thursday 24 September - followed by part two at the same time on 1 October.

ZSL London Zoo reopened to the public on Monday 15 June after an unprecedented three months of closure due to the coronavirus lockdown. The loss of income put the charity zoo under huge financial pressure as they continued to provide the highest level of care for their animals. Now open to limited numbers only, ZSL, the international conservation charity behind the Zoo, is calling on the public to help ensure they stay open by booking a ticket, joining as a member or donating to ZSL at www.zsl.org/justgiving

New safety measures on site include:

·         Limited visitors per day, split into morning and afternoon slots

·         Hand washing facilities and sanitiser available throughout the zoo

·         Benches and tables meticulously cleaned throughout the day

·         Animal talks have been suspended to avoid gathering crowds

ZSL London and Whipsnade Zoos were able to reopen to the public on Monday 15 June after an unprecedented three months of closure due to the coronavirus lockdown. Reliant on income from ticket sales to care for the animals and fund their global conservation efforts, the enforced closure put the charity zoos under huge financial pressure. Vets and zookeepers continued to provide the highest level of care for their animals, working throughout lockdown. Now open to limited numbers only, ZSL, the international conservation charity behind the Zoos, is calling on the public to help ensure they remain open by booking a zoo ticket, joining as a member or donating to ZSL at www.zsl.org

An iconic London landmark, ZSL London Zoo reopened to the public on Monday 15th June after an unprecedented three months closed to the public. Nestled in the heart of Regent’s Park, the Zoo opened to scientists in 1828 and to the public in 1847. Pre-dating the invention of the telephone, it’s had six reigning monarchs as its Royal Patron, and survived two world wars – closing only briefly during WWII upon instruction from the government, before being re-opened to boost the morale of Londoners.

ZSL (Zoological Society of London) is an international conservation charity working to create a world where wildlife thrives. From investigating the health threats facing animals to helping people and wildlife live alongside each other, ZSL is committed to bringing wildlife back from the brink of extinction. Our work is realised through our ground-breaking science, our field conservation around the world and engaging millions of people through our two zoos, ZSL London Zoo and ZSL Whipsnade Zoo. For more information, visit www.zsl.org. 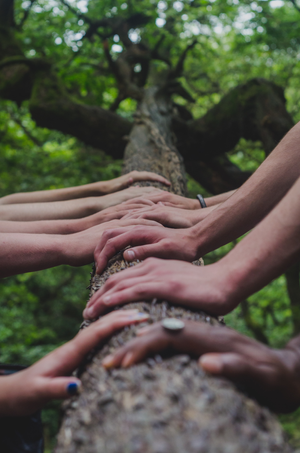 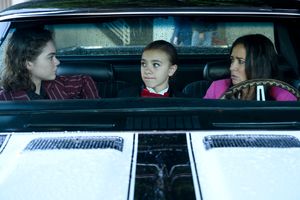 An Electric Car that Won't Leave Better Things Star Sam Fox in a Jam Like a Man!