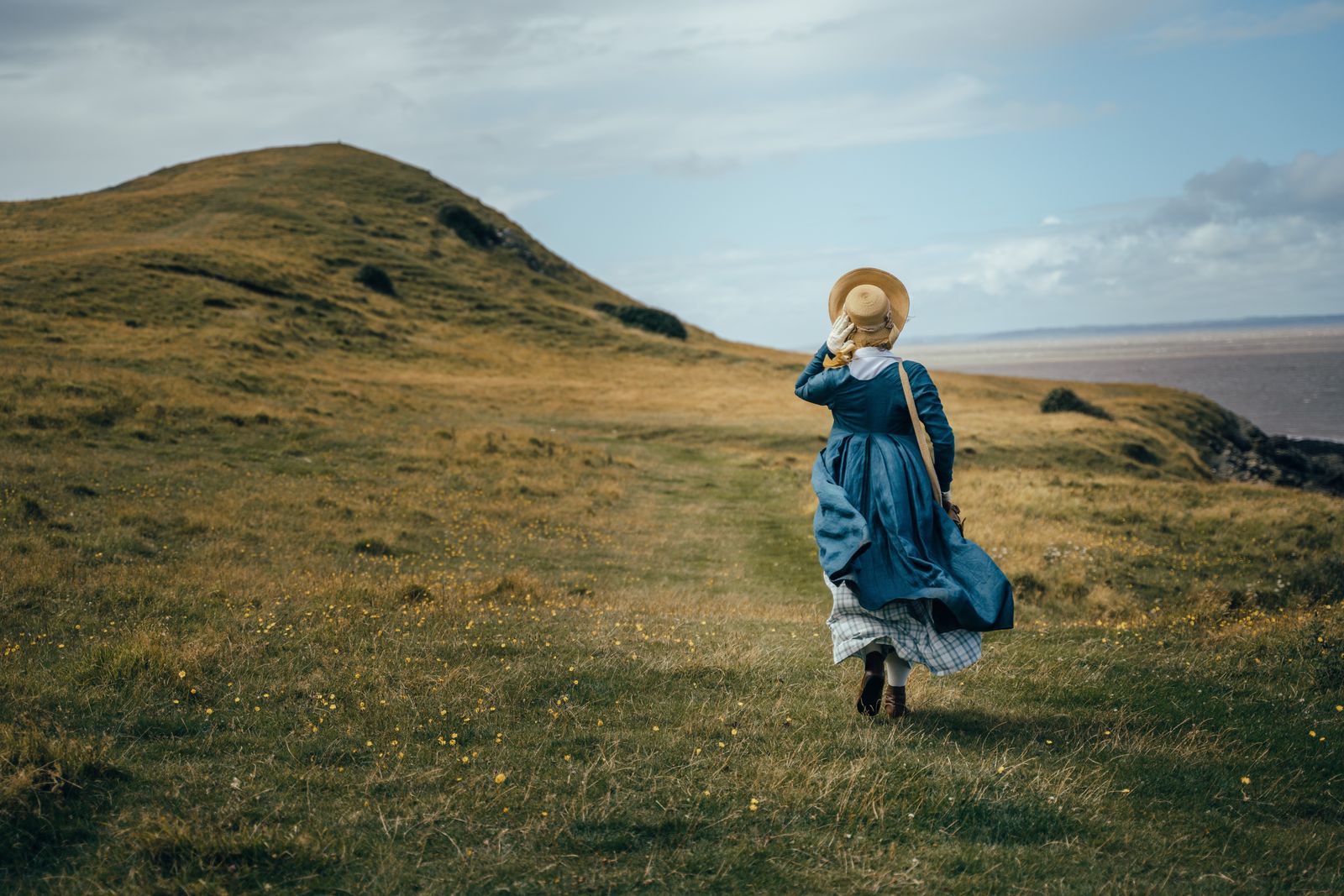 Please read this before you go ahead and soak up this independent journalism review of Sanditon 2. I've been a lead feature writer for 25 years, interviewing everyone from Sir David Attenborough to Keira Knightley and the luminary actors in Downton Abbey and hundreds of A-list actors. This handcrafted review took around 20 hours to research and write excluding posts on social media. A few thousand fans have now read and admired the quality of the writing and insight and yet we have only earned pennies from Google advertising which continues to refuse to support quality journalism online by setting sustainable advertising rates. The rates are positively 18th Century! Quality journalism must once again be supported by its readers and fans. Please join the #paythecreator movement and donate at the end of this article or become a monthly subscriber for more singular storytelling that makes your week. The more you support, the more I will write for your delight.  Thank you, Journalist Extraordinaire, Alison Jane.

Well, dear reader! Sanditon 2 has arrived and for the purposes of this journalistic review, I have burned the midnight oil watching all six episodes twice, to give you my first opinion on whether it was worth the collective angst and toil to bring a heroine back who didn't get the boy without Jane Austen to write the script.

Such is Jane Austen's peerless wit and acute powers of observation of the human condition and the mating game that any attempts to emulate her tend to fall short. But maybe, just maybe this is an interesting opportunity to reimagine Charlotte Heywood and her friend Georgiana Lambe as heroines that span the 19th and 21st Centuries and to find us a new romantic hero - A Mr Darcy to slay Lady Denham and all of glittering seaside Regency England. A man with the secret heart of a lion and a rare nobility.

Let's find out, shall we?

The one thing that Sanditon 2  gets spectacularly right is killing off and burying Sidney Parker. Theo James made it very clear he did not wish to return in the role of Sidney Parker. He even went as far as to say that he was happy with the broken fairytale.

How could he? That's treason to Janeites.

So, the first thing Sanditon  2 does is to despatch the void he has left behind. We see a beach and a dramatic coastline, but it is not Sanditon. It is Antiqua. Then we see a funeral, Sidney's. I love the symbolism and symmetry. We are told that Sidney has died from yellow fever after mysteriously returning there. However, it is brilliantly done, and it sets the scene for how Charlotte will begin to deal with the man she was not permitted to love and perhaps, eventually, be open to a new love.

Rose Williams as Charlotte handles the loss of Sidney for a second time with a subtle, affecting, luminous performance that is full of grace and yearning for what can never be and a steely determination to 'never put myself in a man's power again'.

While Rose Williams continues to be a deeply affecting and positive poster girl for the importance of education, equality and self-reliance, I feel that her storyline is undermined this season by the screen time given to her very annoying sister Alison, who is allowed far too predictably to behave like Lydia in P&P and fall for the 19th Century equivalent of a serial cad in a scarlet coat. I know it is meant to be a little morality tale, but the story needed to be more original and novel, although I do like the sour-sweet unrequited love interest played with charm and comic self-deprecation by Frank Brake.

Now that Sidney has been killed off, the story moves at quite a pace.

Mary, played by Kate Ashfield, who is quite wonderfully stately in the role goes to see Charlotte and tells her of Sidney's death. This provides the opening for Charlotte's return to Sanditon to be a friend and companion to Georgiana who is busy running riot around an assortment of genteel minders and suitors who can't cope with her wit, bravado or her inspired new campaign to bring an end to the slave trade by boycotting sugar.

I love the tongue in cheek approach to Georgiana's power because she is the richest woman in Sanditon. She knows it. As she declares, " I am besieged by suitors." She also recognises that she is at her most powerful and vulnerable while she remains unwed.

Charlotte soon comes under siege by the forceful Colonel Lennox played with wicked magnetism and all the confidence of a rogue by Tom Weston Jones. Is there more to the dashing war hero than is first apparent? Fortunately, Charlotte remains aloof after her bruising experience with Sidney. She seems uncomfortable with Lennox's ever urgent strategic advances and more interested in putting her learning to good use as a governess.

How convenient that her new employer, a mysterious widower, Alexander Colbourne, Ben Lloyd-Hughes, Divergent, allows her to live out, stroll to work along the pretty clifftop and knock off in time to go to a ball or fair whenever she pleases! Although it takes from Jane Eyre, it is hilariously idle work.

This also provides the vehicle for Charlotte and Alexander to begin to surprise each other.

It is pretty clear from the get-go, that Alexander, is intended to be the main contender for Charlotte's head and heart.

Ben Lloyd Hughes flatly refused to watch series 1 and that is how he quickly makes the role of Colbourne all his very own with a subtle, affecting portrait of a man who is transformed by kindness, compassion, natural history lessons and horse whispering!

I bet he likes Steve McQueen.

He plays him as a tortured, thoughtful, sensitive, intellectual  - he is Mr Darcy and Rochester incarnate - the flawed romantic hero with a rare cloak of vulnerability, authenticity and impetuous romanticism. He is handsome, makes Latin sound like linguistic foreplay, looks spectacular on his horse Hannibal, and has the necessary elements of mystery, hurt and closed off depths of torment that are necessary to cause utter confusion and upset for our heroine.

Even his sweet hound is an accomplice in love!

This time, Sanditon abounds with serial cads, absconding officers, poisoners and a brilliantly louche and charismatic artist played with just the right amount of twinkling ambiguity, animal lust and steely, malevolent intent by Alexander Vlahos, (Versailles) who is a master of disguise in a decadent state of half dress, brandishing an artist's palette as a lethal weapon and openly praising Napoleon for his imagination in public.  Of course, this is perilous catnip to our adorable and feisty heiress Miss Georgiana Lambe who has never looked more lovely or appeared more defiant in the face of so many insipid, gold-digging suitors - this is well-done and gloriously fun.

However, will it end?

Crystal Clarke has some of the best scenes in the second series of Sanditon and her character is softer and more playful, whilst rebelling at every turn. The introduction of her campaign to boycott sugar is well done and adds authenticity to her position as a woman who is caught between two worlds.

I also feel for poor Esther played with ghostly stoicism by the lovely Charlotte Spencer. Her storyline isn't very convincing and suffers from the departure of Mark Stanley from the series.  As for Edward he becomes a bit of a one-dimensional comedy villain and Anne Reid is not quite fierce enough - give her some better-barbed lines in season 3!

The writers have plundered every Jane Austen trope and some she would never resort to including the shirtless colonel Lennox in episode 1. This is not an indelible Mr Darcy moment, like Colin Firth glorying in his swim and then running into Elisabeth Bennett and appearing so humble, shy and self-conscious. This is just cheap and oh so nudge, nudge, wink, wink territory. The genius of Jane Austen is that restraint and longing is everything.

Unsurprisingly, Sanditon 2 resorts to plundering Jane's back catalogue of novels, notably Pride and Prejudice, and other classic English novels, especially Charlotte Bronte's Jane Eyre, in order for Charlotte Heywood to explore the idea of a happy ending on her own terms. Well, don't bank on it. At least, not until Sanditon 3.

After watching the first episode I couldn't decide whether I hated it or thought it was quite clever, modernising and interesting in parts. However, now that I have seen the entire series, I have softened my opinion, notwithstanding a few serious objections. What I will say is that it is entertaining, there are some clever comic moments and the arrival of Ben Lloyd-Hughes as Alexander Colbourne blows the problem of Sidney right out of Sanditon. Ben gives a masterclass on how to play the kind of Darcy archetype we can't get enough of in his own quietly measured way.

Where Sidney was wild, unpredictable, and dare I say it a bit mad and intense, Ben Lloyd-Hughes as Colbourne is reserved, poetic, serious, and most importantly quite misunderstood. He is also far sweeter to Charlotte. He responds to her accomplishments and independent mind, and he exudes a warmth and boyishness that Sidney didn't have. At times he is unexpectedly adorable and er mercurial... but ah, I must not give the game away!

The new Sanditon 2 is a glorious, at times over-blown, everything including the kitchen sink tapestry of Jane Austen, Charlotte Bronte, Thomas Hardy and the great romantic novel. However, I will say this, being beside the seaside again is thoroughly exhilarating - and  Charlotte and Georgiana are the most affecting and important heroines.

I am getting ahead of myself and what I am allowed to share at this point.

To  Be Continued and Expanded!

The Luminaries is a completely independent arts and culture magazine founded by Arts and Culture Journalist Alison Jane Reid. We depend on reader subscriptions and donations. Become a supporter today and champion more journalism and storytelling that makes your week.

Alison Jane Reid has been interviewing cultural icons from actors to national treasures for more than 20 years. She worked at The Times Magazine for a decade and has also worked for Mirror Group Newspapers, You,  The Lady, Country Life, The Independent, Red and The Sunday Times.

Sanditon Series 2 is Streaming on Britbox and Masterpiece PBS.

Love this accomplished piece of arts and drama journalism? Then join the #paythecreator campaign and support AJ's people-powered, fan-driven journalism with a donation or regular subscription. This review took around two days to research, write, perfect and polish. As a high-quality magazine, we are not funded by Google. The internet giant continues to profit from small publishers and does not distribute a fair share of the vast advertising revenue they generate to us. 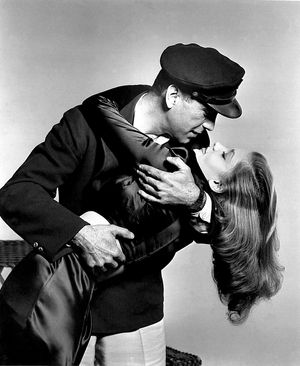 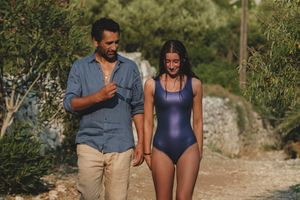