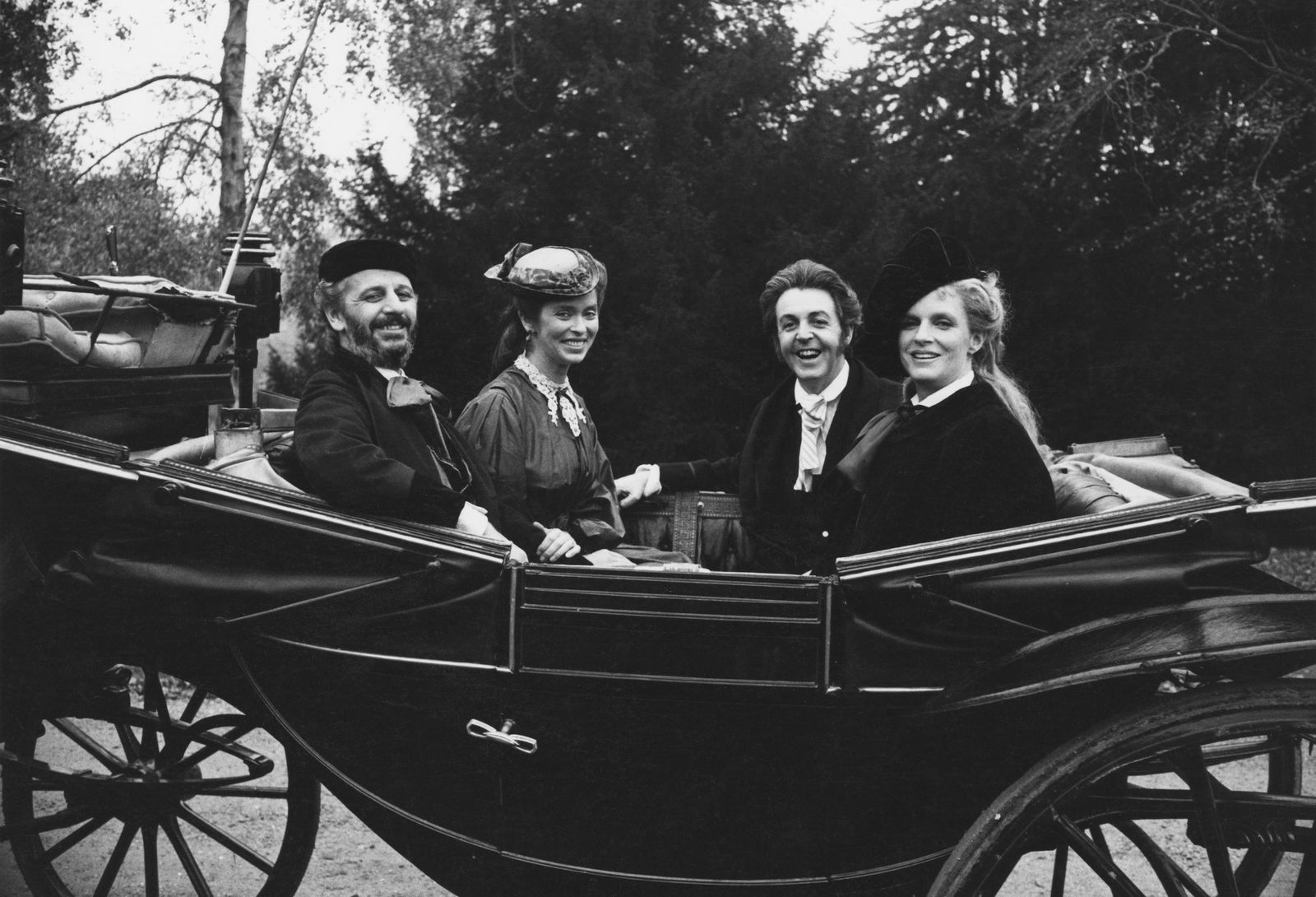 Interviewing Linda McCartney, the crown princess of rock and roll photographers, wildlife campaigner, and the late, beloved wife and consort of Paul McCartney, is still a career highlight. I will never forget the afternoon I spent, crossed legged, sitting on the floor, eating humous, and looking at images of rock royalty, from the Rolling Stones to Eric Clapton, juxtaposed with Linda’s treasured, intimate Sun Prints of Paul and the kids from their famously low-key life on their farm in Sussex.

Linda McArtney fearlessly opened the door for women to work as editorial and portrait photographers for Town and Country Magazine and then Rolling Stone Magazine. Bands liked her. Her first break came when the Rolling Stones chose her as the only photographer they allowed on a yacht in New York during a record promotion party. In 1968 she became the first female photographer in the history of the magazine to shoot the cover of Eric Clapton. She went on to photograph the rock glitterati of the sixties and her book  - Linda McCartney's Sixties: Portrait of an Era was published in 1992.

The Interview with Linda was All a Bit Sherlock

Interviewing Linda McCartney was my very first experience of dealing with the intoxicating and at times thoroughly frustrating world of celebrity. Of course, it was thrilling, it was also a bit Sherlock. It required enormous reserves of patience and being subjected to endless cross-examinations by Paul McCartney’s head of pr into my suitability for the assignment. Then, after the best part of a year, and, at the very point of giving up, I was finally told it would happen. And yet, such was the secrecy around Paul, and his movements, that I was only given the address for the interview at the very last minute.

My black taxi pulled up in Laystall Street, a nondescript, narrow, gloomy side street in a part of Clerkenwell once populated by slums and warehouses. It was very Dickensian, and not exactly the expected haunt of the most dissected pop band on the planet, or perhaps that is exactly why it was the ideal habitat for the consort of a Beatle because Linda could come and go as she confided in me, without the paparazzi in hot pursuit too.

I knocked self-consciously on the plain black door, and it opened halfway, and there was Linda smiling and ushering me into her world. A world filled from floor to ceiling with her rock music archive and more personal, experimental assignments, often centred around the farm she shared with Paul, their daughters and a menagerie of horses, cats and dogs near Rye in Sussex. The studio was Linda’s working archive and it was as impressive as it was vast, like a university library. There wasn’t a thing out of place. It was a cathedral to rock ‘n’ roll history.

Linda didn’t come alone that day. She was accompanied by her three daughters, Heather, Mary and Stella, who silently clustered around their mother like honey bees, sulkily checking me out, somewhat warily at first. I also remember that throughout my time with Linda, the phone in the studio would ring, and it was always Paul on the end of the line.  You couldn’t mistake that Liverpool brogue. The McCartney’s were celebrated as a couple for being inseparable. The only time they ever spent apart, was when McCartney spent 10 days in a Tokyo jail, after being found in possession of marijuana.

Linda was pretty and sexy, in an all American, tomboyish way. She had pale flaxen hair and a galaxy of American tan freckles. She was wearing an oversized, tweed man’s hacking jacket, faded blue jeans and slightly scuffed, silver glitter Mary Jane shoes and wore her hair in a sort of insouciant, Rod Stewart feather cut. Her face was bare too, apart from a slick of Beauty Without Cruelty shell pink lipstick.  I was in awe of her. She was the chatelaine of an almost mythical Beatle – a bone fide rock chick. No one dressed like that from Reading. From that moment on, I’ve had a love affair with glitter and how I wanted those shoes!

Linda McCartney Exuded Warmth, Naturalness and a Lack of Pretension

Considering the strange world she was thrust into, Linda exuded an aura of almost Zen-like calm. She was full of warmth, naturalness and a complete lack of pretension too. I liked her immediately. I have always been fascinated by people; I like to find out what makes them tick, what they are passionate about; but not in a way that is intrusive or to try and find out a person’s weaknesses or secrets. I’m a storyteller. I aim to tell each person’s story with authenticity.

And so it was with Linda. The press and Beatle fans have given her a very hard time after Paul’s relationship with the achingly pretty British IT girl, Jane Asher ended and Paul suddenly announced he was marrying the photographer Linda Eastman. Their celebrated meeting in the Bag ‘O’ Nails club off Carnaby Street was a romantic fait a complit, and they were married two years later. More than anything, Linda wanted to be recognized and respected for her photography, but her talent as a social and cultural commentator was frequently overshadowed by her slightly uncomfortable appearances in Paul’s new band, Wings. The critics seized on her lack of musical experience, missing the point. Paul included his wife because he wanted her at his side. It worked. Their marriage was one of the most enduring in musical history. After more than twenty years together and three kids, Paul described Linda as his 'girlfriend' and that was their secret.

So, we sat on the floor and as we poured over the prints, Linda began to tell me about her work, her life and the little vignettes of normality that kept the white heat of superstardom at bay, at least some of the time. In her book – Sun Prints – there are pictures of the beach at Winchelsea, which Linda loved to wander around at low tide; a hypnotic, frozen in time picture of the actor John Hurt and his ex-wife Donna, an image of an almost Spartan, yet beautifully elegant, Shaker-style farmhouse; and a single portrait of Paul having his face painted by their son, James. On one level, it is just a glimpse into normal family life. On another level, it is an image of one of those most famous men on the planet being a dad, and of course, this changes our response. No wonder extreme fame is hard to live with.

Linda told me that the Paparazzi would often turn up at the farm in Sussex and sneak around, trying to get pictures of Paul, Linda and the kids trying to live as normal a life as possible.

Sitting on the Floor Eating Humous with Linda and the Girls

As the hours flew by, Linda asked Mary and Heather to pop out to the corner shop and buy some humous and crackers for lunch and invited me to join the al fresco picnic. What happened next was funny. When we took the lids off the humous, one pot was covered in thick, velvety mould! Linda burst out laughing and said, ‘It won’t kill us, we could just scrape it off with a knife.' She wasn’t the least bit precious, a quality that made her very appealing as a person. For the record, her girls were horrified, and took the humous back to the shop and did ask for a replacement, much to my slightly squeamish relief!

I stayed for hours that day, chatting to Linda and the girls, about nature, baking (she loved to cook), and her passion for riding. It was hard to leave. She told me I should come and see Winchelsea, and I felt that I had made a friend. My one regret is that I didn’t keep in touch with her after the interview was published, and especially when I heard she had been diagnosed with breast cancer. Linda McCartney opened the door for women into a very male-dominated music industry. She did so with talent, originality and a rare, freewheeling grace – just like her favourite appaloosa – no wonder she was loved deeply.

Read another fascinating, behind the scenes extract from Alison Jane Reid's one of a kind life as a feature writer on cultural icons -  Dancing on Tables, Lost Girls and Stevie Wonder.

Read Review of Paul McCartney's Podcast for the BBC.

Become a supporter of a kind independent arts and culture magazine now. 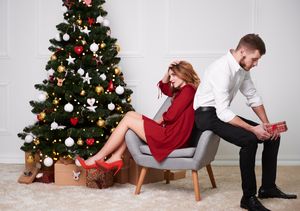 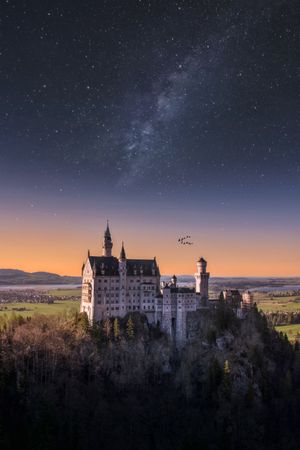 December 16, 2021
More in Arts and Entertainment