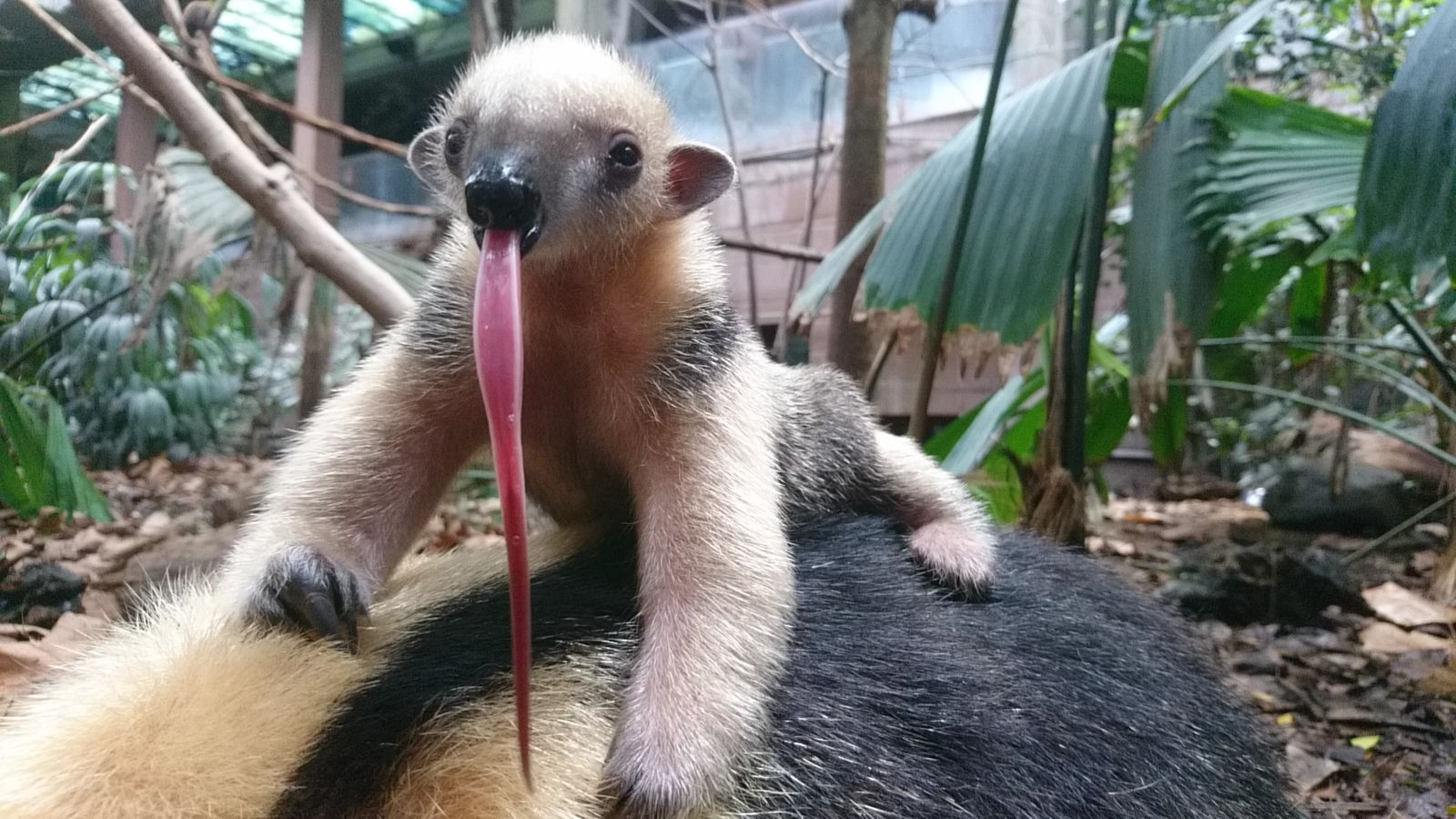 When Tobi the tamandua – a species of ant eater native to South America, moved to ZSL London Zoo last October as a companion for female Ria, keepers hoped to someday hear the pitter-patter of tiny yet tenacious tamandua toes.

So they were overjoyed when just five months later they spotted a tiny baby clinging to Ria’s back, making newcomer Tobi a very fast mover – when keepers did the maths they discovered that Ria must have fallen pregnant the week they first met!

ZSL keeper Steve Goodwin said: “Ria went into her nest box that morning, which isn’t unusual as tamanduas are nocturnal animals and often nap during the day.

“But at around 5pm, as the sun began to set, she amazed us all when she came outside for her evening explorations with a tiny newborn holding onto her fur.

“We were confident Ria was pregnant as she’d just started to put on some weight, but we weren’t expecting to welcome a new member of the family quite so soon. They must have got together pretty much on their very first date – Tobi clearly impressed his lady!”

Ria has kept the baby – nicknamed ‘Poco’ by keepers – close to her since the Easter Monday birth, tucking the youngster away in a hollow log. But the two-month-old has now started to tentatively venture away from mum to explore its Rainforest Life home, which the tamanduas share with two-toed sloths Marilyn, Leander and baby Lento, Emperor tamarins, red titi monkeys and fruit bats.

Steve said: “We set up a camera to keep a close eye on the pair, as they’re most active at night: we’ve been delighted to see the youngster peeking its head out of the tree stump at after dark, and now Ria is confident enough to carry her around the exhibit visitors will be able to mum and baby – especially at our special Zoo Nights events this summer.”

A Tongue for Catching Tasty Insects

The little one has also been spotted practicing sticking out its long tongue, which will grow up to 40cm in length and is used to extract tasty insects from inside branches and holes.

The nocturnal mammals (Tamandua tetradactyla), part of the anteater family and native to South America, are impressive climbers – holding on to mum will enable the infant to build up the valuable muscles needed to climb easily through the tree-top branches of London’s only living rainforest.

Juvenile tamanduas spend the first three months clinging to their mother’s backs, sliding down to feed before pulling themselves back up to nestle into safety and warmth of mum’s cozy fur. They have fantastic camouflage as their distinguishable matching patterns align to create one continuous stripe, allowing the young pup to avoid the eyes of predators.

Keepers won’t know the youngster’s sex until vets scan it, as the baby will remain close to mum until around six-months-old. Boy or girl, the newborn is a valuable addition to its species and once its sex is confirmed, its details are added to the European Studbook (ESB), part of a coordinated breeding programme for tamanduas.

The youngster’s public debut is just in time for the Zoo’s first Zoo Nights event tomorrow (Friday 1 June) –every Friday throughout June visitors will be able to explore the Zoo after-hours, seeing its 19,000 animals in a completely different light.

See the Zoo come alive after dark at Zoo Nights this summer – to book tickets or find out more visit www.zsl.org/ZSLZooNights 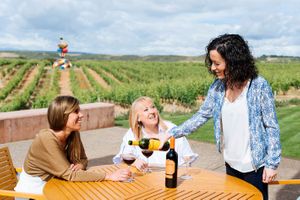 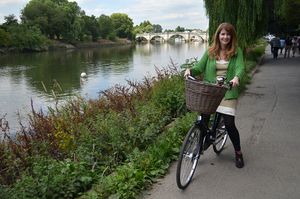