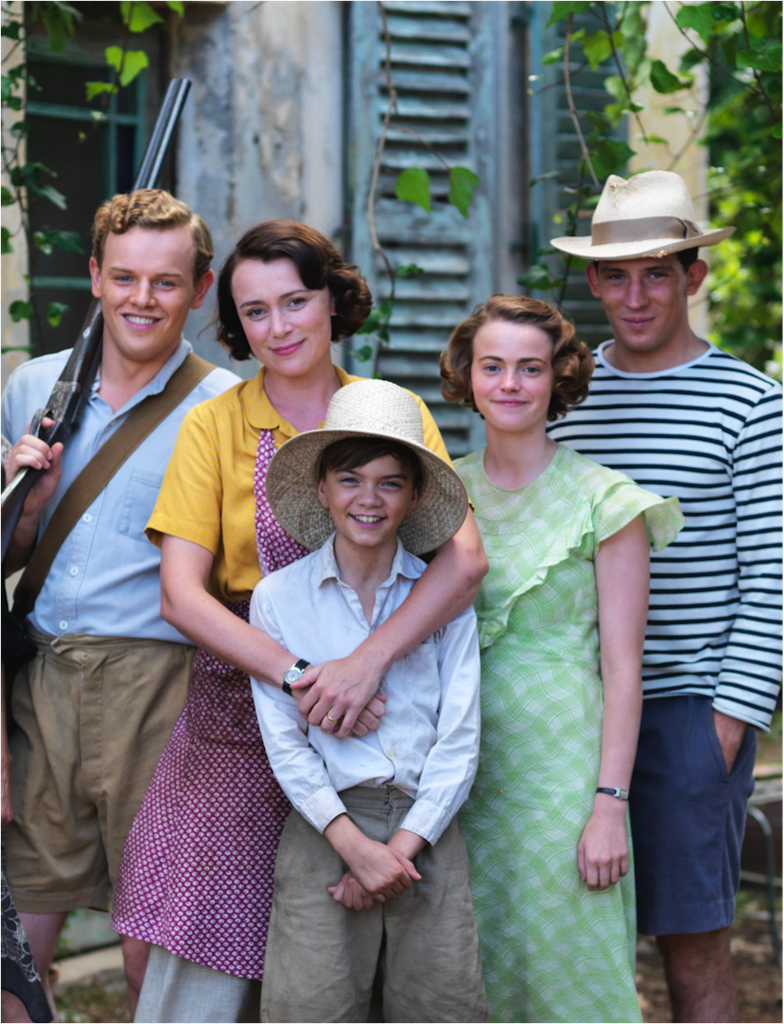 The Durrells: A Merlinesque Love Letter to Animals, Humans and Conservation!

The Durrells: A Merlinesque Love Letter to Animals, Humans, and Conservation!

The Durrells on ITV, Starring Left to Right, Callum Woodhouse, Keeley Hawes, Milo Parker, Josh O’Connor, and Daisy Waterstone – Watch it on ITV, 8 pm Every Sunday and on the ITV Hub at www.itv.com Picture Courtesy of ITV Press Office.

Serendipity is a marvellous thing. Several weeks before the Durrells good life adventures on Corfu became required viewing on Sunday evenings; I stumbled across Gerald Durrell’s one of a kind, magic carpet books in my local Oxfam shop. How lucky to find the Penguin editions in pristine condition.  The last time I read them I was twelve. I snapped them up. You can buy an updated version on Amazon Here and help support Ethical Hedonist Magazine.

Tonight will be bittersweet for the many fans of the Durrells. As their life on Corfu draws to a close, how will we live without the gently enthralling prospect of dangerous liaisons, pelicans, shipwrecks, teenage growing pains, Gerry’s zoo, the twinkling charms of Corfu? What we can all do is create a little bit of the magic of Gerald Durrell’s love for nature and grow our own ‘My Family and Other Animals’ – and all creatures great and small.

A Love Letter to Humans, Earwigs, Rose Beetles, Swallows, and the Odd Pelican

At a time when it is possible that we could soon lose entire species in the natural world, watch The Durrells, and soak up this chaotic, life-affirming, Merlinesque love letter to humans, earwigs, rose beetles, bats, swallows, the odd pelican and the wonders of the natural world.

The Chaos, the Laughter and the Creatures!

Bask in the sun and let Louisa Durrell and her brood make you forget all that is wrong with the world. Gerald Durrell is not just a great storyteller, he was a visionary in the field of animal conservation and way ahead of his time.  It’s great to see ITV bring Durrell’s work back into magical focus, with a script that captures all the chaos, the laughter, and the creatures!

Gerald Durrell Enthralled Millions of Children Around the Globe –  Now Henry Cavill is a Fan!

The trilogy on which the Durrells is based are great English classics, and completely timeless. Durrell succeeded in enthralling generations of young readers all over the world with his account of larking around Corfu en famille with a menagerie of pets, locals and awakening passion for conservation.  And now this authentic, beautifully acted adaptation will send a new generation skipping to discover his wonderful novels, and perhaps visit his zoo and conservation projects on Jersey, where another superhero, the actor Henry Cavill is a fan.

I love it when Louisa Durrell played with charm and chutzpah by Keeley Hawes exclaims, “It’s amazing how well you can live on berries and things you can forage.” Yes, exactly. Let’s get out in our countryside and celebrate the magic in our fields, streams, and hedgerows. Keeley reveals that the dream part was offered to her just as she had begun to read Durrell to her two youngest children. “I read the books as a child and the stories just leaped off the page, so my heart missed a beat when the part came up.” She adds, ” Usually I get to film in Bermondsey and Luton. I don’t think anyone could blame me for jumping at this and making the most of it.”

A Dash of Keep Calm and Carry On

We certainly don’t blame you one bit Keeley for jumping at such a dream of a part, and for portraying a woman who nurtured a golden boy and national treasure with such heroism.  A woman who is doing her very best to bring up four exasperating children with a mixture of mild-mannered desperation, a dash of British keep calm and carry on and a flair for misadventure!

A realistic Portrait of Louisa and Single Parenthood

In the books, Gerry presents an idealised portrait of his adored mother, where their lives are perfect and they never have money worries. Simon Nye’s portrait of Louisa offers a bold and perhaps more realistic portrait of a woman left to bring up her children alone.

“One of the things I really like about this TV version is Louisa is a woman struggling,” says Keeley.  “She’s been on her own for eight years since her husband died, bringing up three teenagers and a little boy on her own. And she does something so brave and amazing to move from Bournemouth to Corfu.”

I hope a new generation of kids (and adults) will watch The Durrells and discover how cool it really is to go and hang out in nature. To get really muddy, dirty and hungry after a day’s fishing expedition or climbing trees and then head home joyfully, with an assortment of creepy crawly marvels in a jam jar for mum and dad to admire.

While it is near impossible to capture the richness and complexity of Durrell’s pretty writing, screenwriter, Simon Nye, really does distill the essence of Gerry, his extraordinary mother, itinerant siblings and their remarkable odyssey on the island of Corfu before the outbreak of the Second World War.

Their squabbles, discoveries, and yearnings leap off the page and onto the small screen. Along the way, we are treated to a halcyon dose of teenage hormones, foraging, hi-jinks, disastrous trysts, and the Mediterranean good life. Anything can happen, from dining in the shallows like aristocrats to a near-death experience and Gerry’s eternal adventuring.

The boy wonder lives like a gypsy, only coming home to deliver a motley assortment of beetles, puppies, and a pelican, as he starts to assemble his very first zoo with the most tolerant mother in the world!

It all adds up to magical, un-missable Sunday night escapism and lingers long in the imagination. Watching The Durrells is more life-enhancing than watching female sociopaths, panel shows or trendy historians trying to sex up King Tut.  It’s good news to hear that a second series of The Durrell’s has just been commissioned. Horray for that!

Find Out More About Gerald Durrell’s Work, Life, and Legacy

Its unique approach has saved some of the world’s most threatened species and put them on the road to recovery.  See the Durrell Conservation Work in Action Here

Love Ethical Hedonist and Alison Jane’s reviews and feature writing? Read AJ’s review of Poldark and Why It Matters So Much Right Now.

Want to help our independent organic arts, food and fashion magazine to grow and thrive? Support us on Patreon or Paypal with a monthly pledge. 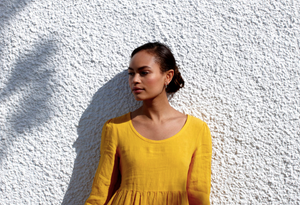 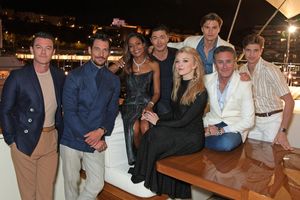 Naomie Harris Lights Up the Formula E Grid in Monaco!