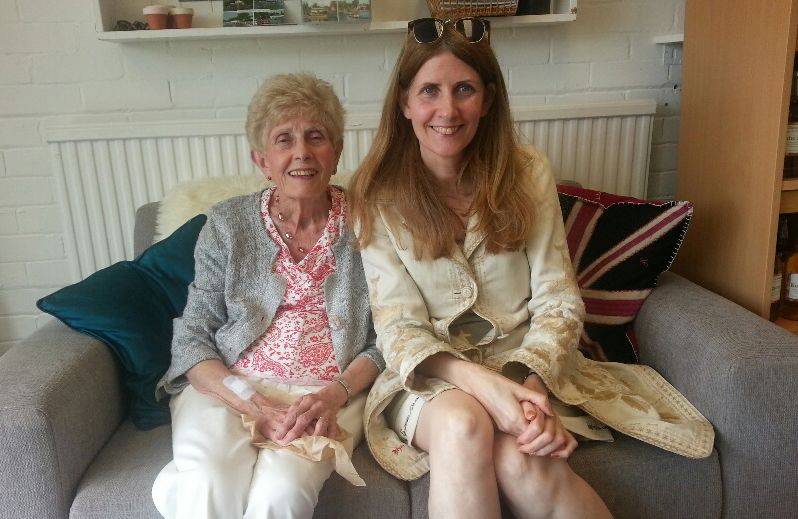 Yesterday, my redoubtable eight-six year old mother announced that she thought she might do some baking and make some organic scones for Organic September. You could be forgiven for thinking that is charming, but quite unremarkable.

Let me enlighten you reader. Nine months ago my mother couldn’t cook or feed herself, following a spectacular cognitive meltdown and subsequent vascular dementia diagnosis. She relied on the unfamiliar world of revolving care at home just to get through the day. Now she can pretty much run her own life again, go the gym and live an independent life, thanks to the remarkable regenerative powers of an organic CBD Oil supplement and Holy Basil, a herb revered in Ayurvedic medicine for illuminating the mind in the centuries-old, integrated medicine system of India.

This is the story of how my mother regained a life worth living and her mind back, thanks to the powerful, regenerative benefits of plant medicine. It is also a story of hope and how my sister and I got to turn back the clock.

What if the cruel, life changing, twilight world of dementia can be stopped or even reversed? I’m here to tell you that based on my own first hand experience of dealing with a parent with a diagnosis of hardening of the arteries, organic CBD Oil has worked for us, and reversed the catastrophic decline in my mother’s brain health, witnessed over the past three or four years.

My mother lost her mind, literally in January. She had a spectacular meltdown; following months of complaining she couldn’t sleep and a broken gut which is the pathway for disease to take root. For most of last year, I observed the slow, fragmented decline of her short-term memory and her increasingly confused, chaotic behaviour. One of the most difficult aspects of dementia is the increasing hostility, suspicion and loss of boundaries and the terrible black episodes of depression. My mother frequently told me she would rather be dead. That was hard to bear.

I was heartbroken. My mother’s personality had vanished. In her place was a stranger, and I had no idea how to deal with her or help her. Up to that point the articles I had read about dementia talked about management of the disease, not a cure or reversal. Overnight, my mother became incapable of looking after herself, which was so cruel, as she has always been fiercely independent since my father passed away. On the worst days of the last two years, she would phone at anytime of the night or day, she would tell her carers exactly what she thought of them, and every minor ailment became unbearable to her.

My Mother Get Her Mind Back and Joins a Gym

Now, eight months later, her mind is working fully again, her memory is pin sharp and she can even add up figures in her head faster than I can. She has a better social life than people half her age, and two weeks ago she confounded us all, when she went back to the gym, thanks to the extraordinary health benefits of organic CBD Oil and Holy Basil. She is also back cooking her own organic meals from scratch. I also engaged Dr Ibrahim FRCP, a former NHS consultant and top functional physician to treat my mother's multiple health problems through diet, nutrition and a functional medical approach. Interestingly, he praised me for my research into CBD Oil and said if journalism doesn't work out I should consider medicine!

In the weeks following my mother’s cognitive breakdown and subsequent dementia diagnosis, I refused to accept that my sister and I had lost our mother to this cruel disease.

Even in the immediate aftermath, when we had to negotiate the bewildering world of care at home, along with brain scans, a definitive diagnosis, and the shockingly inadequate response by my mother’s GP surgery and the local mental health team. The only help we were offered to deal with my mother’s dementia, fragile state and black moods was anti-depressants. How can that be treatment for a serious brain disease?

My mother has inflammatory bowel disease and antidepressants cause almost instant and very severe diahorrea. In fact, when I spoke to a member of the mental health team, I will never forget her chilling attempt to get me to give my mother antidepressants without her consent. It was at this point I became very angry. My mother didn’t need antidepressants. Mostly, having lost all her closest friends, she simply longed for someone of her own generation to talk to, to reminisce with, and have a cup of tea and cake.

Why Are We Medicating People for Everything, Including Loneliness?

When a society tries to medicate people for simply being lonely, we have really lost all sense of civilization and humanity.

So, this galvanized me into action. There has to be a better and more gentle, holistic way to help my mother.

I am fascinated my plants and food as medicine.  In another life, I would love to have been an integrated doctor. So, I emailed and phoned the brightest people I know in plant science. These are the trailblazers who are leading a renaissance in plant medicine and integrated health, with the focus on food as medicine. One of my contacts in natural health told me to read the World Health Organisation report on CBD Oil.

By the time I had finished reading the report, I new we had to try CBD oil in legal supplement form.  WHO Scholarly Report into CBD

My mum and I are the original organic girls. My dad was very proud of his compost heap and I grew up on organic food and produce from the garden, and my family has always turned to plants to heal everything from a cold to arthritis and to keep the heart healthy. When I rang mum and told her about CBD Oil, she said, ‘ What have I got to loose, I don’t want to be given drugs, and not been in control of myself, I would rather leave this earth’.

Though she did ask me if she was going to get high! 'No,' I told her. ‘CBD is legal in the UK and does not contain THC the part of the plant that makes people high’.

Within a week of mum taking two drops of organic Hemp CBD Oil once a day, and one Holy Basil capsule, I started to see an improvement in her cognitive function. My lost and fragile parent began to appear more optimistic. Within a month, the fog, which had dominated her broken mind, began to lift and her personality began to return. It was wonderful to observe.

In the beginning we were very cautious. My mother stayed on a dose of just two drops for the first four months. Around May, the feisty spirit I knew so well was returning, but I still felt that mum’s brain was only functioning around seventy per cent, and her short-term memory continued to flicker on and off. So we agreed to increase the dose to four drops per day, taken as two doses after meals.

The effect was remarkable. With two or three days, my mother rang me up and we had the best conversation we had for around four years. It was incredible and wonderful all at the same time. My mother was back, and the first thing she wanted to do was get rid of the revolving care system, the processed convenience meals and go back to cooking proper organic food.

Two weeks later, I cooked a special organic birthday meal for my mother to celebrate her eighty-sixth birthday and the miracle of a second act. We toasted her return to good health with a glass of organic Riesling, a favourite wine of my father’s. Now, we are looking forward to a Christmas of vintage movies, baking scones together and toasting the wonders of miracle hemp, Holy Basil and CBD Oil.

Who knows, maybe she will be well enough to bake her famous organic Christmas cake this year – now that would be organicalicious!

Postscript. As a result of witnessing the effective reversal of dementia for my mother over the course of a year, we have teamed up with Zen CBD to offer organic CBD in our magazine shop to help support our magazine editorial running costs and mentoring and placements for student journalists at university.  Zen CBD is sustainably farmed and produced in the UK.  Buy CBD Oil in our magazine shop here.

CBD (aka Cannabidiol) is a compound derived from the Cannabis plant that has positive medicinal effects but does not make people feel “high,” or anxious. CBD, in various forms, is legal in 46 US States and now in the UK.

CBD should not be confused with Marijuana or the THC (Tetrahydrocannabinol) compound which is known for generating a “high” with users. CBD is derived from Cannabis plants, similar to how caffeine is derived from the coffee bean, or aspirin from the bark of a Willow tree.

According to researchers at California’s Salk Institute, their 2017 study has found evidence that cannabinoids such as CBD could help remove dementia from brain cells. While the US Food and Drug Administration has yet to approve a CBD drug for the purposes of treating dementia, it has approved a CBD based drug for treating epilepsy.

There are three ways which CBD can work to improve health outcomes for persons with dementia; by reducing inflammation, by reducing oxygen build up and by working as a brain stimulant and neuroprotectant. From a user’s perspective, CBD may reduce stress and anxiety in the individual with dementia as well as reduce the decline of memory and other brain functions. 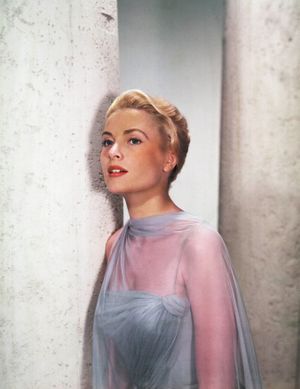 Grace Kelly: The Missing Millions, Vivien Leigh in Devon and the Timeless Allure of Love Affair, Part of the BBC Classic Film Showcase 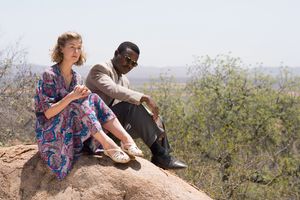 A United Kingdom - Film of the Week

March 30, 2021
More in Dementia
Comments
×You've successfully subscribed to The Luminaries Magazine
×Great! Next, complete checkout for full access to The Luminaries Magazine
×Welcome back! You've successfully signed in.
×Unable to sign you in. Please try again.
×Success! Your account is fully activated, you now have access to all content.
×Error! Stripe checkout failed.
×Success! Your billing info is updated.
×Error! Billing info update failed.