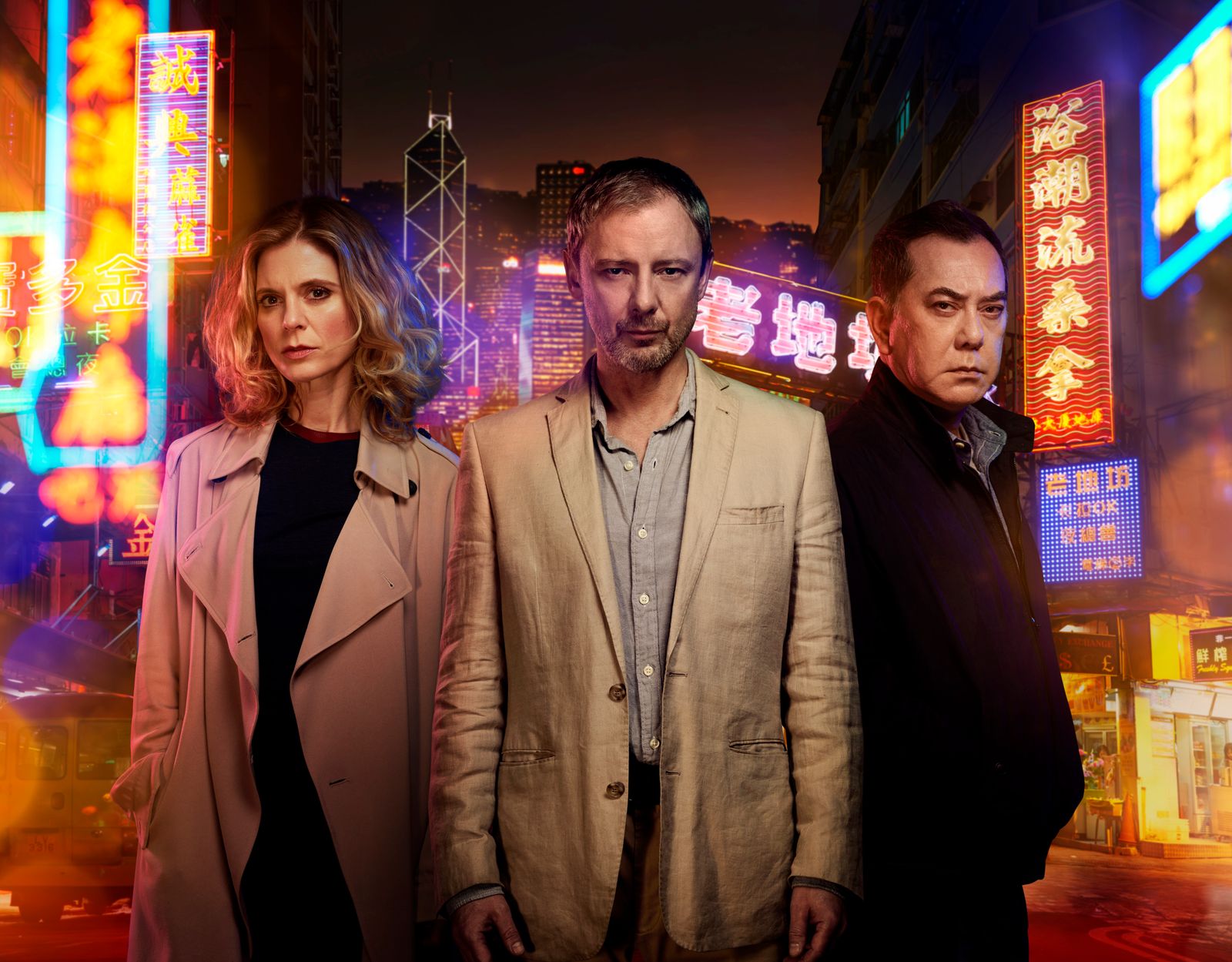 Strangely, Strangers  – ITV’s big-budget autumn thriller, with a stellar cast to match that includes – John Simm, Emilia Fox, Dervla Kirwan, Katie Leung and Anthony Wong didn’t thrill me at all until the very end of episode one. How clever!

But to begin, I found it slow, dislocated (maybe intentionally), and confusing, with some frustratingly hammy acting by some of the Chinese supporting characters; and where were the iconic vistas of Hong Kong the Manhattan of the Orient to utterly seduce the viewer contemplating the end of summer and the impending arrival of seasons of mists in Blighty and longing to escape on a slow boat to Hong Kong?

But ever the dedicated hackette,  I continued watching for the consummate performance of John Simm, one of my favourite leading actors and interview subjects, who is never any less than convincing as the central character Professor Jonah Mulray. Jonah is a wonderfully closed off, quiet, introspective academic who inhabits a modern ivory tower in London, and appears to be naively content with his lot. For the past three years, he has been married to a businesswoman called Megan, played by Dervla Kirwan. Megan is adorable, kittenish and charm personified, which is perhaps why Jonah never questions her need to live half the year in Hong Kong, away from him, until a policeman comes to visit him at university with the news everyone dreads.  His wife is dead. She has been killed in a car crash.

Now, for the good news, by the end of episode two, I’m hooked! Comedy cops aside, and a strangely awkward performance by Anthony Wong as David  Chen, Strangers improved the moment Jonah hears his wife being shot in her last heartbreaking message to him.

This is the moment when Strangers suddenly becomes interesting. Not only is John Simm’s character dealing with the shock of finding out his wife led a double life, and was also married to someone else, and has a teenage daughter; he now knows her death was no accident, she was murdered.

This is just the kind of role John Simm excels at with his marvellous talent for playing the stoic everyman and for thoroughly inhabiting the roles he chooses.  Instead of getting on the next plane and returning to London, Jonah turns into a citizen detective. The ordinary man in an extraordinary situation becomes heroic. John Simm is entirely believable as the confused, bereaved husband, who arrives in a strange country, the elegant Englishman abroad in impeccable linen suits, probably Paul Smith, looking to bring his wife’s body home. Then his view of the world is torn to smithereens.

His dead wife was a bigamist with a secret life. But hears the thing. I think our leading man is fired up by the feeling that Megan chose to call him in her dying moments, not her other husband. Megan loves Jonah. Now he is on a quest to discover the truth. Jonah knows instinctively that when he finds out why Megan was killed, he will gain closure on why she deceived him so spectacularly.

The Shimmering Skyscrapers of Hong Kong

Interestingly, as Jonah throws off the genteel mantle of the shy university professor, and turns detective, we start to see more and more of Hong Kong. Suddenly, the city opens up from the colourful, teeming backstreet shops, subterranean clubs, and restaurants to the shimmering skyscrapers and harbour vistas that reek of money, status and a lust for power. It’s a city with two sides and a deeply divided one. Again the story builds, the tension increases, along with the sense of menace, impending danger and the inscrutability of the locals. Or maybe it is just that Jonah is in another country, and they do things differently.

As Jonah shyly, awkwardly, tries to get to know his wife’s activist daughter played brilliantly by Katie Leung, so we are drawn into the personality and people of this restless, often brutal, venal city, and the plot starts to come together like a perfectly constructed spider’s web. A web that is driven by greed, desperation, dirty politics and empire building to rival the murderous Medici in Renaissance Italy.

The Stakes Are High – Hong Kong is a City a War

Like many great cities, the stakes are high. The job of chief executive of Hong Kong is up for grabs, and one of Megan’s former friends played with deliciously feline steel and something of the night ambivalence by Racquel Cassidy (Downton Abbey) works for the inscrutable Xiadon Xo played by Kenneth Tsang, who wants the top job. Oh and her ex is the super political bloodhound of the press, hot on the trial of a good story – what fun!

Police corruption is endemic, ordinary Hong Kong residents can’t afford to buy in the city and feel dispossessed and there is a growing sense of unrest, anger, and tension.This is the world Jonah walks straight into. Was Megan mixed up in the corruption or the secret Triad gangs? And what was Megan’s relationship really like with her first husband?

Who Do You Trust

As in all good thrillers, it is difficult to know who to trust.

Another highlight of Strangers is the delight in seeing Emelia Fox step out from behind her role as a pathologist in Prime Suspect to play British consulate, Sally Porter. Fox is just the right mix of sassy, independent career woman, laced with stiff upper lip British chutzpah. Will she and Jonah join forces to uncover a scandal that reaches the highest echelons of Hong Kong politics and society or does Salll have her own agenda? As a journalist, I can tell you that Anthony Hayes nails the portrayal of the tenacious journalist Michael Cohen. Investigative reporting is not for the faint-hearted. It will take you into the dangerous underbelly of society, but the allure of the scoop makes people bold and reckless.

Strangers is the very best kind of thriller. One that slowly pulls you in deeper and deeper to become strangely, unmissably ensnared in something truly thrilling.

Watch the next episode tonight at 9 pm on ITV.

Love Ethical Hedonist and our campaign for more #goodjournalism? Support this magazine, our student interns and all our journalistic dreams and ambitions on our monthly crowdfunding campaign @Patreon here  –  EthicalHedonistMag Crowdfunding 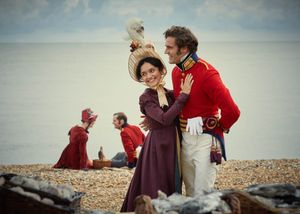 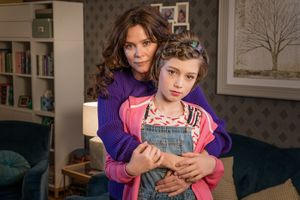 Ana Friel Stars in Butterfly a Drama about Gender and Identity

October 10, 2018
More in Arts and Entertainment