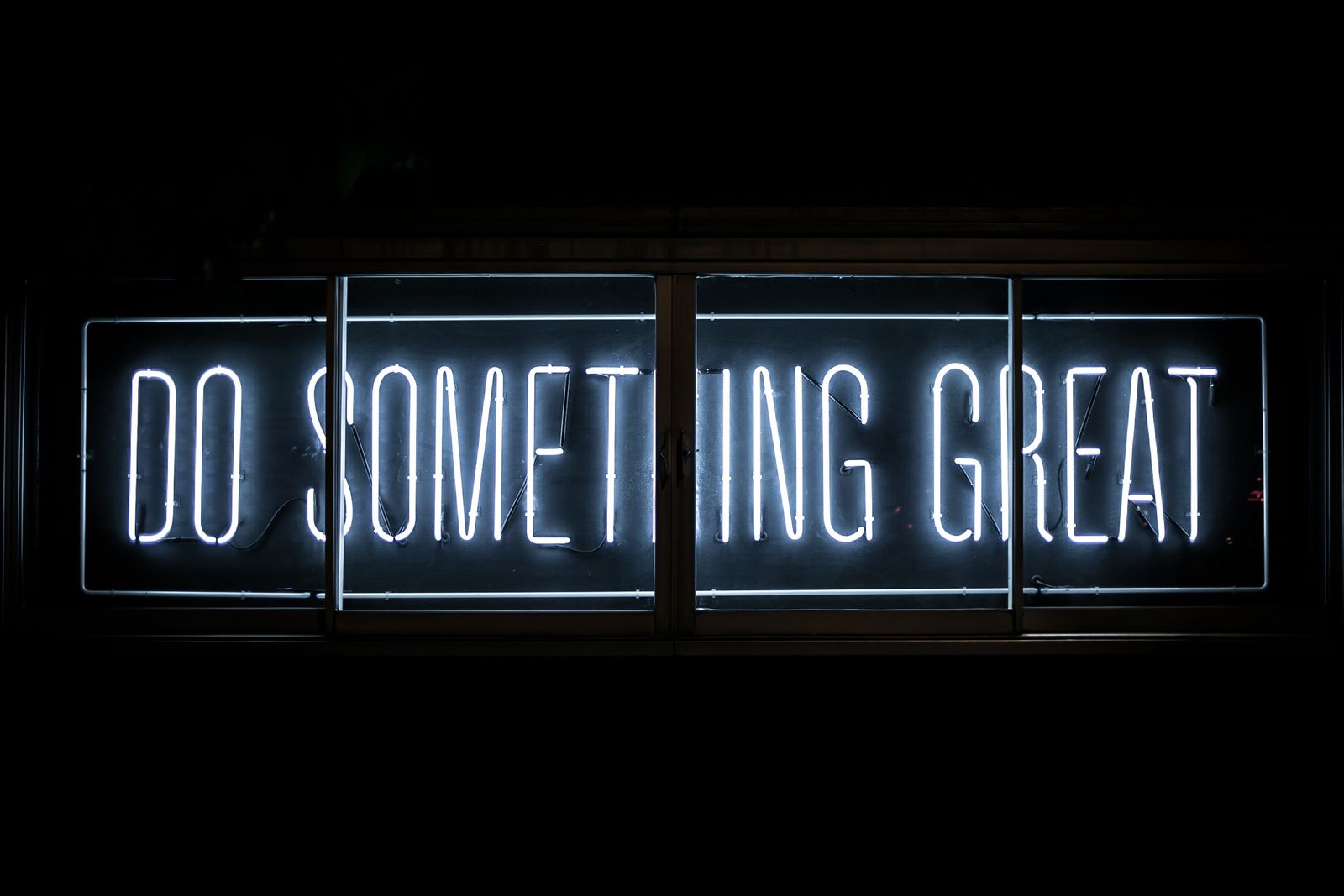 This is the first in a series of guest articles, on Women in Impact Investing and Ethical Finance first published in GreenMoney.com

The Woman Who Inspired Me

This will be my fifth year contributing to the GreenMoney issue dedicated to Women and impact investing and ethical and sustainable finance. In the past I have discussed studies showing that women are good, that is, above average, impact investors; I have discussed my discomfort with making gender the only lens through which people make investment decisions, but I have not discussed the process by which a firm, like the two I am involved with, makes the move from minority female to majority female. Nor have I discussed one woman who was particularly important to my own advancement.

Domini Impact
Investments has five employee equity-owning managers in leadership. Four of the
five are female. The Sustainability Group has four partner-level members and
three of the four are female. I feel pretty secure in stating that female
leadership is possible, even within the financial asset management field.

A Seat at the Table

When I asked the
CEO of Tucker Anthony & RL Day to allow me to try to pass the exam
necessary to earn a license that would allow me to be involved with the sales
of securities in 1974, it was not totally unheard of. After all, plenty of men
had secretaries who held the license. That way business could be conducted on
behalf of some guy while he enjoyed a game of golf. It was unusual, however,
upon passing the exam, to have been given a seat selling.

It took me a while
to realize that I was the only female in the firm with a full-time sales job.
But the times they were changing. I was the unknowing beneficiary of a movement
that was powerful and sophisticated.[1] I’d like to say it was enlightened
management, but it was the power of people being allowed to file a class action
lawsuit. Dating back to the late 1960s women had been trying to break into real
jobs on Wall Street. It wasn’t happening. But when a lawsuit was filed,
disclosures were available to the press. One damning statistic made public was
that as of May 1973 nearly 97 percent of Merrill Lynch’s 5,197 account
executives were white males. Another was the fact that the hiring questionnaire
asked, “When you meet a woman, what interests you most about her.”

Here, the most
points were awarded if the candidate answered that it was her beauty, and the
fewest if he answered that it was her intelligence. The company countered
criticism and stated that the testing was fair, but eventually it settled and
set in place gender diversity initiatives. My timing had been good; Tucker
Anthony did not want the sort of headlines Merrill Lynch had suffered.

I had been a
professional for years before the backdrop of my promotion became known to me,
but I was just starting to become fascinated with the concept that you might
not need to buy companies that made awful products or behaved in nasty ways. I
was just learning about the few other people who felt that way, too. The one
who most certainly turned my life on its head was a woman named Joan Bavaria.

A Mentor for Social Change

Joan ran a small
investment advisory firm called Franklin Research & Development (now
Trillium Asset Management). She’d gotten the job the old-fashioned way, by
marrying the boss, but that didn’t for a moment make her less than a powerful
force for good in the field. She mentored me and introduced me to everyone she
knew who was remotely involved with the intersection of money and finance. Joan
Bavaria pulled together a group of people who, each in their own way, used
money to create social change. That group eventually became US SIF: The Forum
for Sustainable and Responsible Investment.

Through Joan’s
network many alliances grew. Investors met faith groups who worked with the
Interfaith Center on Corporate Responsibility. We wanted to support their work,
which was to file shareholder resolutions with companies as a lever to bring
the companies into solutions. The network also included participants in
enterprises that were in the business of alleviating poverty. These were low-income
credit unions, community development banks, and even non-profits created to
make loans.

Three Legs to the Stool

Eventually, the three legs to the stool, as Joan called it, became the core framework to the field of responsible and impact investing. Leg one, buy positively to create demand from Wall Street for responsible corporate behavior; companies that made ergonomic furniture, not bombs, for instance. Leg two, engage with companies, government, non-profits, and others to build coalitions that would engage to get something done; we joined together to keep the disgraceful governance of South Africa, which denied the Black majority a vote, in the headlines. Leg three, seek out and support non-traditional financial intermediaries with the mission of economic justice – because healthy economics include the least among us. We allocated investor dollars to debt instruments these grass-root defenders offered and shifted our corporate accounts to community development banks. Joan always pointed out that the removal of a leg would cause the stool to fall and that as a group we must commit to supporting all three equally.

Joan’s earliest clients were largely female. She was often sought out as a person who understood that just because you didn’t really make a study of investing, it didn’t mean that you were someone to talk down to or “take care of.” Like me, she had started with a conventional firm and had broken through the unstated barriers for women while there. I dedicated my first book, co-authored with Peter Kinder, Ethical Investing, to her. When she withdrew from the world to nurse her cancer, cancer that eventually killed her, the world lost a powerful advocate.

Since then, I have
found that professionally I do have a bit of an advantage in winning a female
client or working with a female colleague. Perhaps it is as simple as the
shared background. But there is an element of passing it on. Joan did it for
me, and I want to do it for you. On the client side, there are clear messages.
For instance, I once brought in a new client who resentfully told me that her
former advisor treated her like a child. When I phoned him to make the friendly
‘no hard feelings’ call, he was a gentleman. He was a gentleman with advice.
“In some ways she is really just a child. You have to guide her or she’ll make
mistakes,” he told me. So many clients have such stories. It isn’t 1973
anymore, but attitudes take generations to truly subside.

Assets for Women by Women

Much as I enjoy
managing assets for women, it is the female work-partners that I feel the
strongest connection with. We seem to have the same assumptions. While we
sometimes make appointments to catch up, we generally catch up several times a
week without appointments. We all volunteer to write the first draft, to take
on the tough phone call, to dig through the files for the key data point. Yes,
I chose my partners sensing that they had these qualities, but we re-enforce
them with our interaction. And it has led to long-term relationships.

The Best and Worst of Times

Carole Liable, CEO
at Domini Impact Investments has worked alongside me since before there was a
Domini (she was originally with a vendor to the funds), and in the over twenty
years we worked together we have gone through years when she worked four very
long days so as to be home the fifth; we have built a workforce that largely
reflects the population at large; we have gone through the worst of times and
survived.

Wendy Holding, my
most senior partner in the Sustainability Group has held the group afloat for
fifteen years and, for some years now, has surpassed me in client volume, firm
growth, and outreach to the various communities in the field. As a division in
a smaller firm, we have also built a team (partners and specialists) that
reflects the population at large, but is majority female leadership.

Over my career, I have reached out to women, many of whom are now my fiercest competitors, and most loyal defenders. Julie Goodrich, founder of NorthStar Asset Management, and I together taught Ethical and Impact Investing classes. Patricia Farrar-Rivas, CEO of Veris Wealth Partners and Kathy Leonard, founder of the Leonard-McDevitte Sustainable Investment Group at UBS went on retreats together with me (yes men were invited too) to address barriers to our field and to evaluate solutions. Julie Eades, past President of New Hampshire Community Development Loan Fund was in the room with me as we drafted guidelines to create the predecessor to what is today Opportunities Finance Network.

Listing names is not the point. The point is that it is clear to me that each of these women has tried to be deliberate in finding and promoting women in the field of finance, just as I was, and just as Joan was. What began as a slender silken thread has become a woven fabric. The African proverb reminds me of my female colleagues, “when spiderwebs unite, they can tie up the lion.”

Article
by Amy Domini, Founder and Chair of Domini Impact Investments (https://www.domini.com). She is widely
recognized as the leading voice for socially responsible investing. In 2005, Time
magazine named her to the Time 100 list of the world’s most influential people.
In 2006, she was awarded an honorary Doctor of Business Administration degree
from Northeastern University College of Law. Yale University’s Berkeley
Divinity School presented Ms. Domini with an honorary doctorate in 2007. In
2008, Ms. Domini was named to Directorship magazine’s Directorship 100, the
magazine’s listing of the most influential people on corporate governance and
in the boardroom.

Ms. Domini is a past board member of the
Church Pension Fund of the Episcopal Church in America; the National
Association of Community Development Loan Funds, an organization whose members
work to create funds for grassroots economic development loans; and the
Interfaith Center on Corporate Responsibility, the major sponsor of shareholder
actions. She is a member of the Boston Security Analysts Society. She has been
a frequent guest commentator on CNBC’s Talking Stocks and various other radio
and television shows.

Ms. Domini holds a B.A. in international and
comparative studies from Boston University, and holds the Chartered Financial
Analyst designation.

Publications: Ms. Domini
is the author of Socially Responsible Investing: Making a Difference and Making
Money (Dearborn Trade, 2001) and The Challenges of Wealth (Dow Jones Irwin,
1988), and a coauthor of Investing for Good (Harper Collins, 1993), The Social
Investment Almanac (Henry Holt, 1992), and Ethical Investing (Addison-Wesley,
1984).

This article was first published in GreenMoney as part of a series of articles on Women in Finance.

We hope you have enjoyed this inspiring and informative article on women in impact investing and sustainable finance. Want more articles on responsible finance and the green economy? Check out this article on how to Invest in Fairtrade Fashion 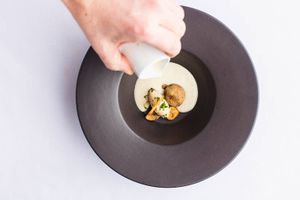 April 14, 2019
Comments
×You've successfully subscribed to The Luminaries Magazine
×Great! Next, complete checkout for full access to The Luminaries Magazine
×Welcome back! You've successfully signed in.
×Unable to sign you in. Please try again.
×Success! Your account is fully activated, you now have access to all content.
×Error! Stripe checkout failed.
×Success! Your billing info is updated.
×Error! Billing info update failed.