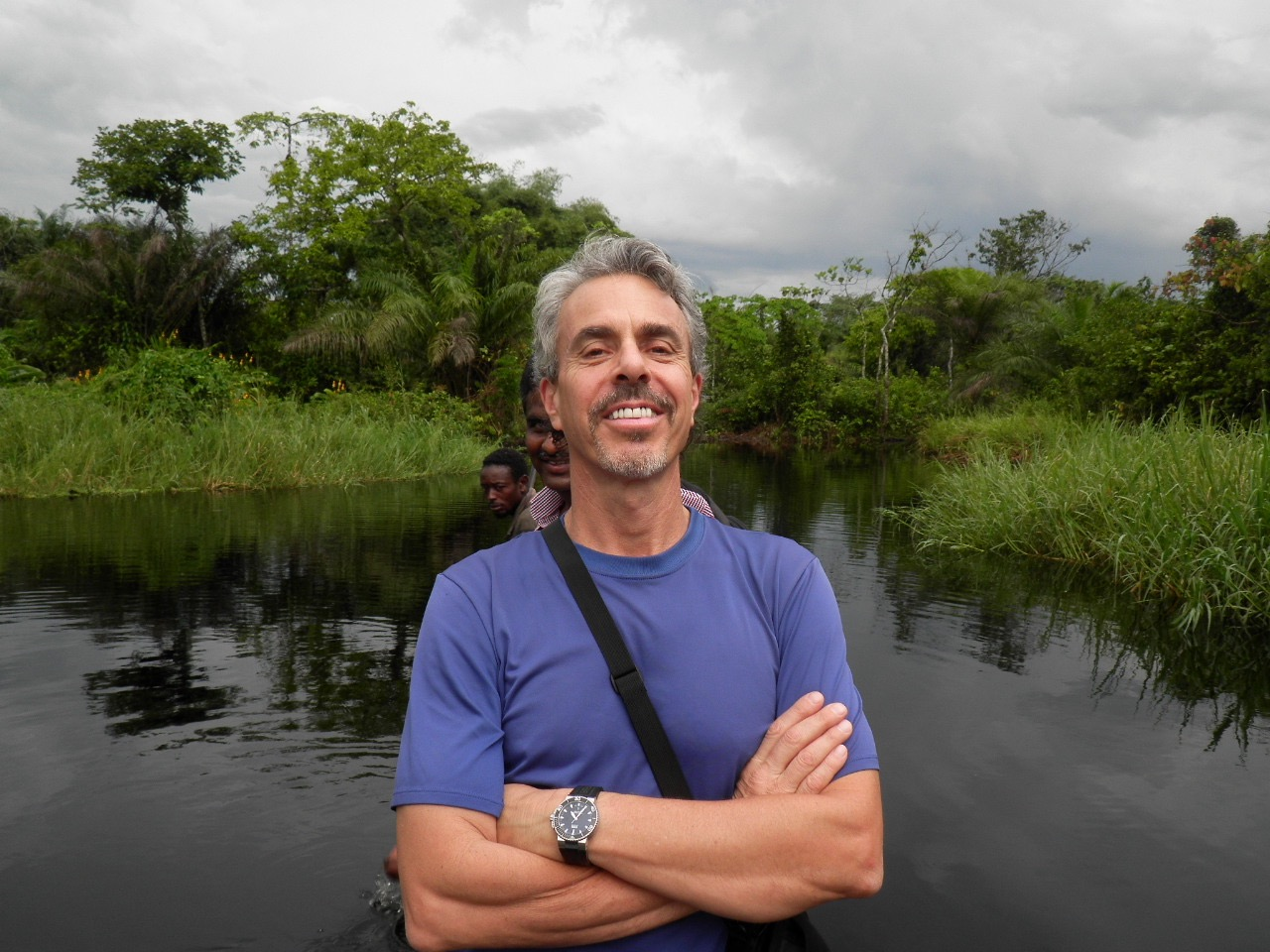 The Medicine Hunter, Prince of Plants

“Herbs will blow your mind,” declares Chris Kilham, aka the Medicine Hunter – the Indiana Jones meets David Attenborough of the plant world.

To that I would also add a green James Bond and champion for nature and the exciting idea that food really can be our medicine, as Hippocrates declared 400 years BC. Somehow, through the mists of time, and being too enthralled with our own ingenuity, we simply forgot how, until plants became sexy again thanks to the extraordinary influence of JK Rowling, Al Gore and Leonardo Di Caprio and our great naturalists and adventurers who have done so much to reignite our interest in the natural world.

That’s where Chris comes in. For the Medicine Hunter has roamed the earth, just like Attenborough, dodging bullets, pirates, almost dying from malaria, taking hallucinogenics and learning to fire walk, all in the quest to bring us the remarkable, true stories behind the plants, herbs, flowers and roots, that have formed the basis of medicine on earth for thousands of years.

Kilham grow up in the sixties, and he is definitely a product of that revolutionary age, but in truth he seems ageless to me, and like Attenborough he has a huge following amongst millenials who look upon them as wise elders on a broken planet.

A Life-Changing Trip to the Jungle in Puerto Rico

Chris was fifteen years old when he went on a school trip to the jungle in Puerto Rico, to do voluntary work, and help paint a church, which would change his life forever.

“ I got there, took a look around and said to myself ‘I just want to be in places like this for the rest of my life’. So that was a big ‘Aha’ moment for me. A couple of years later, I became interested in herbs, about which I knew absolutely nothing, but I developed this fantasy that somehow I could get companies or somebody to sponsor me so I could do what I wanted to do, which was basically travel the world to exotic places and investigate herbs.”

By the time he reached his twenties, like many of his contemporaries, he adopted the idea that natural things were better. “I was the one among my friends who learnt to cook brown rice, properly. Then, one day, I wound up meeting a herbalist who was taking a group of people on an herb walk and I went with him and that was a big mindblower that the weeds in the fields could be medicinal plants.”

Each of these experiences eventually led the young Kilham to work in the natural health sector. “Early on, I started working in natural foods stores and co-ops doing anything: building shelves, driving trucks, unloading tractor trailers of grains, stocking juices on the shelves and as herbal products started to emerge from different companies, I learnt about them and some people would give seminars which I would attend. I didn’t have any intrinsic confidence in pharmaceuticals. They seemed like a marketing gimmick to me. So, it was a whole combination of factors that came together to ignite my interest in medicinal plants and herbs.”

Is he Merlin re-incarnated for a troubled, new eco age? Reader, he certainly looks the part. Kilham is lean and commandingly tall, with Game of Thrones, warrior good looks, a powerful voice and the kind of luxuriant leonine mane of sylvan-black curly hair, which must lead the follicle challenged male to declare, ‘ I’ll have what he’s having’.

But most compellingly, Kilham makes herbs and the fantastic world of plants sexy, period. Who wouldn’t want eat herbs that can turbo charge your libido or deliver boundless energy at the end of the daily commute? By the way maca is the go to herb for that. Just don’t go mad counsels Chris, ‘it’s potent stuff’. What really makes Kilham a thought leader is his profound knowledge and eloquence for his subject. He is a walking, talking Culpepper for the 21st Century, with the same passion for justice and equality. When he talks about the compounds in turmeric or milk thistle, it is all firmly rooted in science based evidence and traditional medicine – the ancient elixirs rediscovered for a troubled, stressed out world.

By following this quest, he has helped to galvanise and reconnect millions of people around the world to the power of nature and its treasures to heal, rejuvenate, nourish and protect us, if we would only open our eyes and use all our senses to appreciate, taste and celebrate nature’s medicinal larder.

Modern Herbalism is Rooted in Science

Kilham quickly lays to the rest the old idea, that embracing herbs is just for new age hippy types. He says, “ Modern herbalism is firmly rooted in science, and peer review studies. We have all the evidence in front of us that herbs are effective for a wide range of conditions, and without side effects.”

So, plant medicine is officially cool; with plant-science startups heralded as one of the fastest growing health sectors, in a health and wellness industry worth 1 trillion in 2017, according to www.euromonitor.com the international research provider.

Given this renaissance in plant medicine, Kilham would also like us to do more to help and support the small subsistence farmers and producers who produce these prized wonder herbs. “Our herbs are too cheap. People think nothing of paying £3.00 or £4.00 for a latte in a coffee shop, which has little nutritional value. The same should apply to our daily herbs. Many families who grow herbs live in absolute poverty. There is no healing, when the farmer who grows the herbs can’t feed his family or send his children to school. Look for ethical brands, sustainable, organic and fair-trade herbs.”

Chris Kilham is one of those rare people – an extraordinarily charismatic gentleman adventurer, with the humanity and intelligence of a 21st century Culpepper mixed with a dash of Robin Hood. A twinkling warrior for the natural world, alerting us to wake up to the critical importance of nature, the wisdom of indigenous people and the super powers of plants without harmful side effects.

Chris has explored the Amazon, turned us on to the regenerative powers of turmeric, maca, saffron, ashwagandha, milk thistle and rhodiola. Why? Because he has been on a life long quest to revive our understanding about herbs, perhaps, before it is too late.

After years of working in health food stores, Chris garnered his first opportunity to go exploring. “A company approached me to go and research kava in the South Pacific and that was it. I came back to interviews for The Wall Street Journal and ABC News and from that moment on, I never looked back.”

Spend a few minutes or a few hours in Chris’s company, listening to his eloquent ideas about how to get Mother Nature into our pantries, and I guarantee you will want to transform the way you cook and take care of your mind and body forever. By embracing a multi- coloured pharmacopeia of herbs, plants, flowers and roots, including the herbs which are creating a stir in science now. Notably, these include: maca, which Chris likes to put into his daily smoothie, for energy, super nutrition and endurance; coffee, for it’s protective properties, which he declares is ‘awesome’; green tea, which he drinks every day and turmeric, which he says we need to treat more like the Indian housewife does, and ‘cook with it every single day’ to gain the protective, anti-inflammatory and pain relieving benefits.

While Kilham clearly knows his subject, he is modest, and says that the real experts are the native people he has met on his global odyssey. “If I go to Siberia, it’s the local people who really know the herbs and know how to use them. And when I go to Africa, Morocco or the South Pacific, it’s the same thing. I learn from them. If you’re barefoot, I’m barefoot. If you go to the waterfall, I go to the waterfall.”

As a result, he has had extraordinary experiences most of us only get to experience through films or in books. Notably, Kilham has been made a chief and held a diplomatic post for three years in the South Pacific. “ By being willing to participate fully, which I love,” he says, “people open up, and it leads to discoveries you have never thought of. It has been a marvellous way of discovering new botanicals and establishing environmentally friendly trade, making friends all around the world and having experiences you just can’t have as a tourist.”

Then he pauses, and says he doesn’t want to romanticise the picture.

“We live in a rapidly changing world. While there is growing interest in native people and their fragile eco systems, the forces that oppose them are huge. That’s petroleum companies, mining companies, people who want to clear forests for livestock production, it’s endless.”

While he acknowledges that some efforts to protect threatened eco systems have been very successful, he suggests that it is still a David and Goliath situation.

“Yes, I would say that in some cases, that the effort to make a difference proves very successful. And in many cases, the opposing forces are so gigantic and well-funded, greedy violent and destructive, that its pretty hard to protect them so it’s not a rosy picture.”

Finally, as a parting shot, I ask him how herbs have made a difference to his own life, he says, “Well, I’ve loved swimming in the Atlantic since I was a boy, and now I can stay in the water twice as long” – what better advertisement can there be for a life less ordinary, inspired by the magical kingdom of plants?

Chris Kilham is an author and educator. 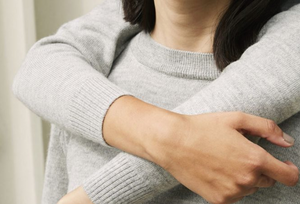 Paddington & The Alpaca Crew from Peru 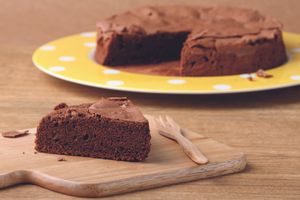 November 12, 2017
More in Arts and Entertainment