Marketers are obsessed with attracting millennials, and their pitches can look downright desperate. Domino’s invites young customers to order a large cheese with a pizza emoji. According to Bloomberg, net sales at Banana Republic dropped 10 percent even after it partnered with the popular Instagram account “Hot Dudes Reading.”

The investment industry seems equally flummoxed. Confronted with low financial literacy among the generation now aged 18 to 35, wealth managers are turning to smartphone apps that “game-ify” the process of getting an investment account. And still, 80 percent of millennials are avoiding the stock market.

Why should they play along? Unlike Generation X, American millennials have known war nearly their entire lives. They felt the brunt of the financial crisis when their parents lost jobs and homes. Now millennials are told that the economy has recovered — despite massive student debt, increasing inequality, and extortionate housing costs in the cities where the jobs are.

Considering what they’ve gone through, one would forgive young Americans and Brits for being cynical. But that’s not the whole story.

After the storm, millennials want to live their convictions and improve the world they’ve inherited. As a (borderline) millennial myself, I’ll take the liberty to say that Harvard Business Review editor Walter Frick was probably right when he dubbed members of my generation “cynical do-gooders,” suspicious of institutions but still insistent that those institutions (like public companies) can and should do better.

Advocating for a Radical Generation

Socially responsible investing (SRI) is one area of financial management that makes sense for millennials. According to Morgan Stanley, 84 percent of millennials considering investment are interested in socially responsible options. However, ethical wealth managers need to evolve to serve this generation.

A “do no harm” approach of screening bad companies out of an equity strategy probably won’t be enough. The millennial clients I meet in my work as an analyst and shareholder advocate at Zevin Asset Management want a healthy investment return. They also want to work with institutions that see the world as it is (in political, economic, and climatological turmoil) and partner with them to fight an unacceptable status quo.

Ethical investors can begin to meet that need by re-committing to shareholder advocacy — pushing the companies in our clients’ portfolios to address critical environmental and social issues.

Shareholder advocacy is a proven technique, but it too must change to reflect the millennials’ story — not as a marketing exercise, but as the only way to serve a generation radicalized by war, economic anxiety, and political betrayal.

In the coming years, I expect that socially responsible investing will be remade by millennials in two major ways. First, it will become more critical of our economic system and even more willing to confront the companies and tycoons that run it.

According to a 2016 Harvard study, 51 percent of young Americans do not “support capitalism.” Of course, investment advice won’t dismantle an unfair and destructive economic system. But the right adviser can help young investors challenge the public companies at the heart of the old order.

As one of our young clients told me recently: “I initially thought of socially responsible investing as a way to simply avoid funding (and profiting from) corporations that do work I find awful or immoral — things like war, pollution, [and] mass incarceration… But I’ve come to be inspired by the process of using shareholder proposals and other active ways that we can leverage investment to put pressure on corporations to make specific changes.”

Our firm uses constructive dialogue and shareholder proposals to push companies to respect people and planet. This comes out of a longstanding ethical commitment and our belief that, by addressing climate risks and listening to local communities, companies can possibly avoid big losses.

That’s a great start, but millennials will want to push harder. According to a 2014 CNBC survey, fully 40 percent of millennials report that the corporate sector is a “source of fear.” A generation that is so wary of capitalism wants to hold companies accountable for their role in social ills like low wages, environmental injustice, human rights violations, and political corruption.

Investment managers can answer by working on challenging issues at the intersection of investment risk and structural injustice. We can raise concerns that relate to both the investment case for a specific stock and the wider social impact of that company or sector.

That is why, among other priorities, Zevin Asset Management has engaged with firms about: hiring policies that contribute to mass incarceration by excluding people with criminal records, the corporate role in the policy fight over raising the minimum wage, and companies’ controversial support for the American Legislative Exchange Council (ALEC) and other lobbying groups that stifle climate action and voting rights at the state level.

Speaking Clearly About Wealth and Responsibility

The second way that millennials will influence socially responsible investing is by sharpening our words and our values.

Unlike their parents and grandparents, who clung to a polite taboo against “money talk,” millennials want to speak about money and everything that goes with it: debt, job loss, envy, reparations, inequality, wealth, who’s got it, who wants it, poverty, privilege, and the fundamental unfairness of the initial distribution.

In politics, we see this openness in the Fight for 15 and new discussion of a universal basic income, along with frank talk about student loan debt and the way in which institutional racism and redlining have excluded generations of Black Americans from economic opportunity.

There is a similar spirit among the more fortunate millennials considering socially responsible investing. Another young client told me that, in his generation, people with privilege “have started to see that inequality is their problem; they perpetuate it and benefit from it and they have a responsibility to deal with it.”

The SRI sector can show millennials that investing in the public markets need not merely reinforce their privilege. Shareholder advocacy, for example, is a way to highlight the privileges of stock ownership (among them, access to managers and corporate boards) and use that power toward genuine social change.

Wealth managers have to change to hold millennials’ attention, but the good news is they can forget about the apps, tweets, and gimmicks. While everyone else markets to millennials, millennials will re-make socially responsible investing for the next generation.

Pat leads Zevin’s cor­po­rate engage­ment pro­gram, ana­lyz­ing port­fo­lio com­pa­nies and push­ing them to address crit­i­cal envi­ron­men­tal, social, and gov­er­nance risks. To that end, Pat dia­logues with exec­u­tives, builds coali­tions with NGOs and peer firms, and files share­holder pro­pos­als on behalf of our clients. He also iden­ti­fies emerg­ing sus­tain­abil­ity issues and over­sees proxy vot­ing. For sev­eral years, Pat was a Senior Ana­lyst on the respon­si­ble invest­ment team of F&C Asset Man­age­ment, where he led the U.K. firm’s work in Latin Amer­ica and Canada. He has held research roles for sev­eral pro­gres­sive groups, includ­ing Sen­a­tor Eliz­a­beth Warren’s 2012 cam­paign and the Ser­vice Employ­ees Inter­na­tional Union (SEIU). Pat recently com­pleted a fel­low­ship as a pub­lic radio pro­ducer for WBUR’s Open Source with Christo­pher Lydon. A grad­u­ate of Har­vard Col­lege, Pat is inter­ested in racial jus­tice, eco­nomic inequal­ity, and labor rights in the U.S. and overseas.

This article was originally published by GreenMoney Journal (www.GreenMoney.com) now celebrating 25 years of covering sustainable business and impact
investing.
Image of the City of London by Intern Elisabetta Landoni
Impact Investing
Share this article on: 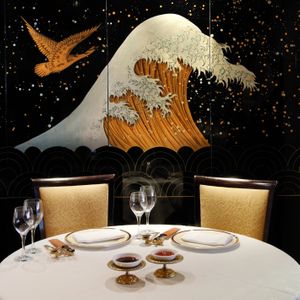 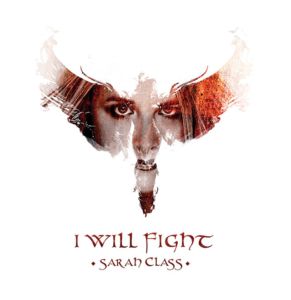 The Future of Responsible Investing 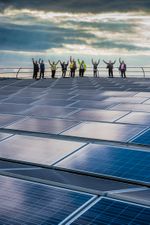 July 20, 2016
Comments
×You've successfully subscribed to The Luminaries Magazine
×Great! Next, complete checkout for full access to The Luminaries Magazine
×Welcome back! You've successfully signed in.
×Unable to sign you in. Please try again.
×Success! Your account is fully activated, you now have access to all content.
×Error! Stripe checkout failed.
×Success! Your billing info is updated.
×Error! Billing info update failed.