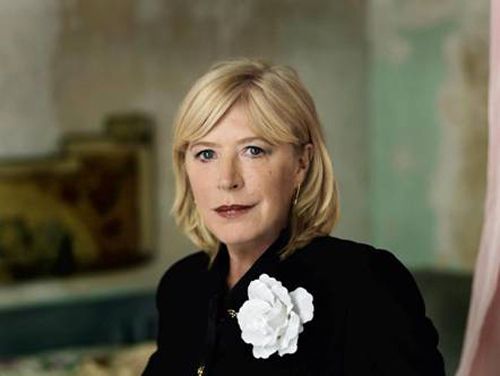 She was the First Lady of rock’n’roll and has been described as the kind of woman ‘men once went to war for’. But could Marianne Faithfull finally be settling down? Alison Jane Reid talks to her about Carla Bruni, Mick Jagger – and why she’s giving up on romance…

Baroness Marianne Evelyn Faithfull – singer, songwriter, hellraiser par excellence, and in the words of her former manager, Andrew Loog Oldham, ‘the kind of woman men once went to war for,’ is nothing if not impeccably, heartbreakingly honest.

‘Andrew is sweet. I think he was comparing me to Helen of Troy,’ she says, totally deadpan.

Recently, the whole world has been talking about her former lover Mick Jagger’s manhood – in his autobiography, Life, fellow Rolling Stone Keith Richards naughtily claimed it might be rather marginal.

But Marianne is also in town to talk about her remarkable new album, Horses and High Heels, and the world tour that will follow in its glittery wake.‘I don’t really care about anything, except music,’ she says, reaching for the first of more-than-a-few Marlboro Lights. ‘Music is what kept me alive, and music is what got me through everything. It’s what I love.’

Marianne is staying in the white penthouse suite at London’s May Fair Hotel, holding court in a slinky, form-fitting black Chanel trouser suit. She looks distinctly Seventies, and oh-so-chicly Parisienne – appropriate given that she now lives in the world’s most romantic city. ‘It’s a wonderful place for an artist to live’, she says, huskily.

Talking of Paris, the conversation soon turns to her friend and confidante, Madame La President – aka Carla Bruni-Sarkozy.

‘Ah Carla! She is so nice,’ she says. ‘She is a very good friend of mine. She is quite different to the way the world sees her.’

Either way, given that they are both exes of one Sir Michael Jagger, I’d kill to be a fly on the wall when they hang out in the Hemingway Bar and discuss old times.

But throughout our conversation, she is doing her best – in that infamously jagged, yet disarmingly lush, cut-glass voice of hers – to rise above the tittle-tattle, and talk about herself for once, and her own, not inconsiderable musical abilities.

And the truth is, for all the infamous stories that swirl around her, Faithfull is so much more than them. She is an intelligent, funny, warm, well-read, maverick blue stocking, who can discourse effortlessly on everything from Mahler to the Blues, and whose musical talent has often been wrong-footed by her life. And now, at last, she may well get her own moment in the sun.

Either way, in her seventh decade, perhaps Marianne has finally made peace with herself, for she has cut an album that is ‘very, very real’ and straight from the heart.

It won’t, however, please her Left Bank intellectual supporters. ‘It’s not arty,’ she declares. ‘But then I have never tried to be arty. I think sometimes fancy French people would rather have artifice. But I don’t make artifice. Le Monde and Liberation, who have always liked me in the past, don’t feel it is quite depressed or contrived enough. But who cares?’

And why should she care? Faithfull is heading for a huge, popular hit, and will probably have people dancing in the streets in London, Rome, Madrid and even Leamington Spa (yes, she is taking her band there, too). For Marianne’s new album is nothing if not a delicious, life-affirming plea for acceptance, and if there’s any justice in the world, Horses and High Heels will be the slow burn musical success story of the summer.

While I wouldn’t go quite as far as the lady herself, and describe the album as ‘happy’ – it is too honest and revealing for that – it is full of hope and gallows humour. It features her old friend, Mac Rebennack, aka Dr John, on boogie woogie piano; Lou Reed – ‘who does a blinding solo’ – on The Old House, and the virtuoso guitar playing of George Porter Jnr. It also boasts a whole cast of New Orleans’s finest, lending the album a soulful, dissolute air of carnival, chaos and celebration.

It is easily the best thing she has done since Broken English gatecrashed the bedrooms of every pubescent girl in Britain, circa 1979. That record scandalized a nation by featuring the C-word, and turned sweet young things into knowing, cynical little rebels. Oh Marianne, you have a lot to answer for.

Faithfull starring in ‘Girl on a Motorcycle’, 1968

Marianne was born in Hampstead, grew up in Chertsey and Wallingford, and to this day is drawn to water, and rivers in particular, having grown up close to the Thames.

Her parents divorced when she was six, but her father, Major Glynn Faithfull, a military officer, had a keen amateur interest in archaeology and Roman Britain. ‘My father was a very down-to-earth man, and he would take me on archaeology digs all over the south of England, including one very memorable trip to Brading Villa on the Isle of Wight. I was given a toothbrush and a little sieve, and shown how to clean things very carefully. At the end of the day, we slept in a tent in sleeping bags in a field. My father wouldn’t have dreamt of staying in a hotel. It was fabulous, and I loved every minute of it.’

Life with her mother, Eva, the Baroness Erisso, who had close links to the Hapsburg dynasty in Vienna, was rather different. Elegant and poised, she danced with the Max Reinhardt Company. She made her own clothes, and nurtured her only daughter’s love of performance with intoxicating trips to London to see the ballet and opera and art exhibitions.

‘I had ballet lessons and all of that, and it never occurred to me not to perform,’ says Marianne, ‘even though I did have stage fright; I would battle on, and go on anyway.’

So did her mother object to her chosen career as a folk singer and then pop star?

Marianne is very smart, and it is widely documented that she introduced Jagger to literature. Indeed, she tells me she wanted to study English, history and comparative religion at Cambridge. In fact, talking about university is the only time during the interview that I detect a note of regret. Who knows what would have happened if she had chosen a life of academia over rock’n’roll?

Back in 2007, she talked about the end of her last relationship, and declared she would still like to fall in love again. So, has she found a new love?

‘No, I haven’t, and I don’t think I will, because I know too much about it, and I see through it all. ‘I don’t think I could con myself into falling in love again, because I do think it is a con. When you’re young, it is just wanting to breed.’

That sounds terribly negative. What about companionship?

‘I’ve had a wonderful life with all my lovers, and husbands. There is only one I didn’t like, and that was my last husband, Giorgio Della Terza. He was American, and he was a nightmare. Now I pretend it never happened. ‘But who knows? I would like to fall inlove again; I just think it is unlikely. Having said that, I was reading the Daily Mail today for the gossip – I know, it’s very lowbrow – and my stars said I was about to fall in love. Well, I am having dinner with my first husband, John Dunbar tonight. We first met on Valentine’s Day, 1963, at a ball at Cambridge, and tonight we are going for a beautiful Valentine’s dinner.’ Then suddenly her voice rises and cracks with emotion. ‘I love John. We are very close now. You can’t throw away love. I used to think I could, but you can’t. When I was young, I thought I needed to find more love – I thought I was invincible.’

Marianne may feel a little less invincible than during her gilded youth, but if her new album’s anything to go by, she’s all the better for it.

Indeed, perhaps we’re all better off with a few years under our belt

Horses and High Heels is available now
On Tour in May www.mariannefaithfull.org.uk
Download this article as high-resolution PDF files in four pages here, here, here, and here 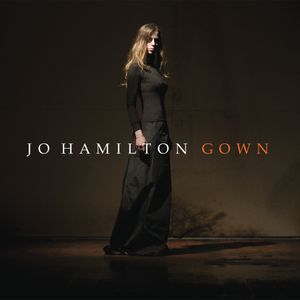 In the Words of Mr Bob Dylan: I Want You. The Hot List By Alison Jane Reid

December 21, 2011
More in Arts and Entertainment