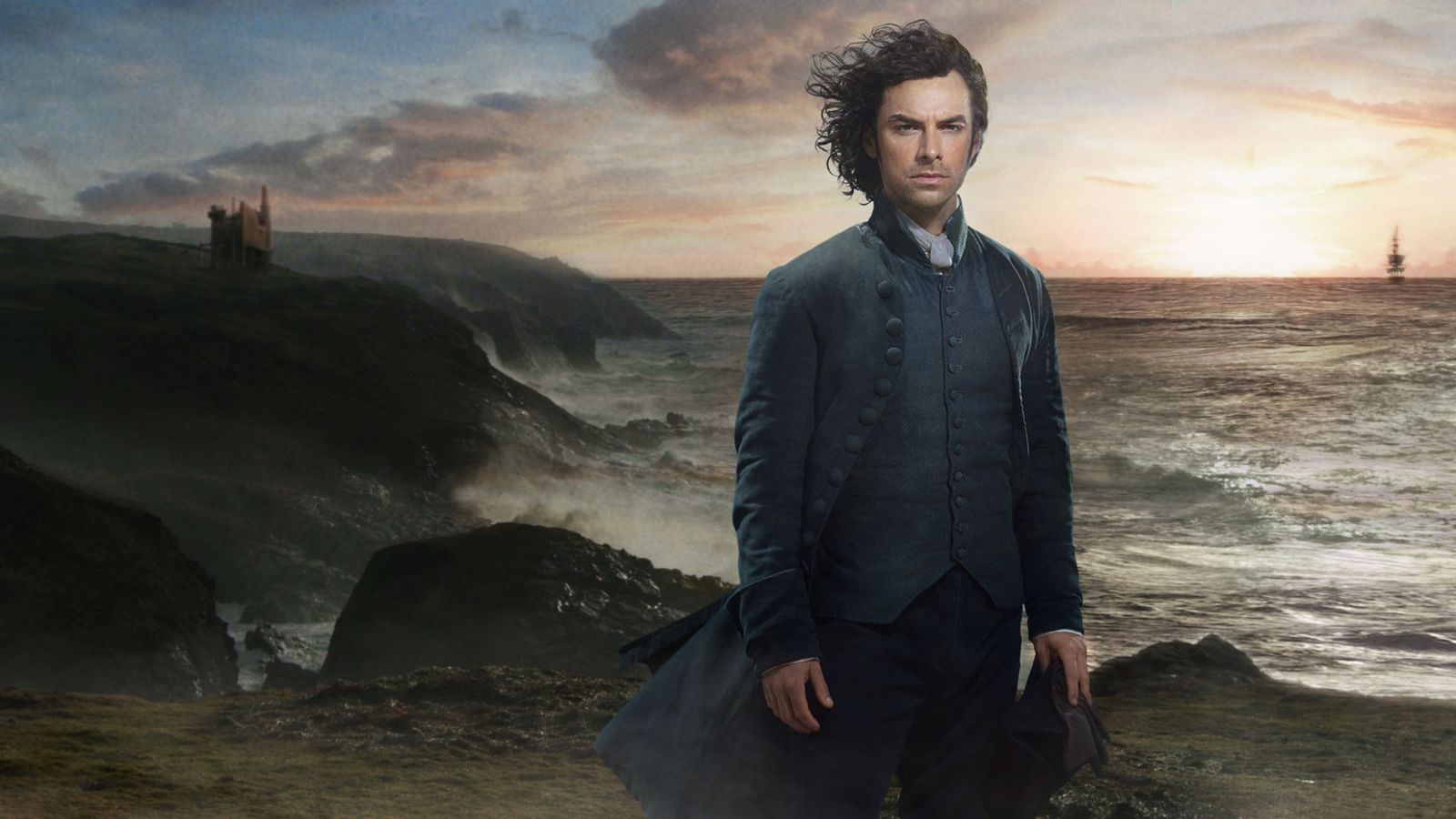 Poldark: A Meditation on Love, Compassion and Power

Poldark – A Meditation On Love, Compassion and Power

What interesting times we live in. When I originally wrote this piece, I said we needed a people’s champion. We still do. Alas, I don’t think that man is the right honourable Jeremy Corbyn, MP, though some of his ideas are quite sound and compassionate. A state of the nation debate would be great, but Nichola Sturgeon will win, and run rings round all the men and we will be back where we started, as Sturgeon represents the interests of Scotland, not a United Kingdom,which is a pity.

Unfortunately, Corbyn lacks charisma or the skills required of an agile statesman. More seriously, I agree with with the writer Martin Amis. Corbin  doesn’t appear to possess the intellectual rigour,chutzpah and gravitas to be prime minister of this country, or to be taken seriously on the world stage. However, he is right about one thing. We shouldn’t be bombing Syria. This is pointless and just makes the situation at home even more unsafe for us all. What we should be doing is building bridges into the Moslem community and the vibrant, fascinating, peaceful world of the real Islam. Let’s defeat barbarism with detente, dialogue and fostering good relationships with our neighbours. That is what a new JFK or real life Poldark would do.

Enjoy the feature and please join in our new monthly magazine crowd funding campaign from January 1st 2016. The crowd funding button is on the right handside of the homepage.  Good Journalists are the lifeblood of democracies. We are becoming a seriously endangered species. Thousands of talented journalists have lost their jobs as the internet devours the market for print magazines.

I see this as an opportunity. People will always want brilliant journalism. The medium has changed, not the message. Time to adopt me and my little team of talented interns. Sir Richard Branson says that to succeed in your chosen path, be authentic. I have always lived by that mantra. I love journalism and writing with a passion. I have a track record in journalism second to none and I have been championing sustainability for fifteen years and living a Fairtrade, sustainable life since I was an undergraduate at university.  I love creating Ethical Hedonist Magazine –  a new, exciting, authentic magazine with a mission to make the world of journalism more ethical, unforgettable and inspirational. Let’s get back to basics. To celebrate world class journalism and storytelling not marketing cynically disguised as content.    Join me. Alison Jane – Journalist Extraordinaire. December 2015

Poldark – A Meditation On Love, Compassion and Power

The new Poldark is a triumph of six packs, Cornwall’s eminence grise, cathedral cliffs, and something rather fascinating, that deserves closer scrutiny – a clever polemic on greed and the survival of the fittest – versus compassion, paternalism and a meditation on nature. Does that strike a cord?

How timely, with the General Election just weeks away. I won’t spoil it for you, but the cliffs play a leading role in tonight’s episode, which aptly ends with a terrifying stroke of injustice, on those forbidding, charismatic crags…! Yes, where Ross incessantly gallops – how fitting, how elementally Cornish! How very Poldark!

The day of reckoning comes when Ross and Demelza’s beloved Julia is barely cold in her grave.

Of course, Aidan Turner is a heartthrob. He possesses the classical good looks of a leading man, and a fatally appealing combination of aristocratic bravado and invincibility, laced with something finer – a nobility of spirit.  But he is also something more enduring than that. He is the people’s hero, the new Robin Hood. “I care for those he (George Warleggan) seeks to ruin,” he tells his feckless cousin Francis, who sighs and says, “ Yes, justice for all – you will never get it.”

Here we go again – No Cornish Pasties for Aidan Turner, he has to preserve that six pack!

So there you have it. Aidan Turner is heading for the status of the sexiest man on the planet and sainthood too. A man who cares about the poor and dispossessed, who thinks nothing of marrying his kitchen maid and comes up with the genius, enlightened idea of a business co-operative, in an attempt to end the Warleggan stranglehold on copper prices. What powerful stuff, what a fairytale, what devastating Sunday viewing – who is thinking of Downton Abbey now? The BBC does know how to cast their leading men and they also know how to spin a great story. I would love to know how Debbie Horsfield will be voting in the General Election?

Anyway, back to Aidan Turner. This is his Colin Firth moment. It’s Pride and Prejudice and the disrobing of white shirts all over again, with a social message. This time, they have exploited their leading man’s god given six-pack at every lingering opportunity, from the infamous sything scenes, to the mournful, very sexy episode on the beach, where he disrobes to burn his shirt (but interestingly, not his breeches!) after rescuing poor Jim from Bodmin jail. So much for the pursuit of realism then; but who could possibly complain when his intentions are so noble? Has the form of a man’s back ever caused such collective, sigh-making hysteria?

Is this a case of reverse sexism? I would love to know what you think. Though, I do also consider it is a kind of progress, that the most we see of Eleanor Tomlinson’s body is her pretty ankle as she delights in learning a quadrille under Verity’s sweet tutelage. Where Angharad Rees’s Demelza was all breathless, earthy sensuality, and the offer to drop her knickers for a shilling, Tomlinson stays covered up, even resisting the fashion for the decolette, instead, focusing on flexing her acting muscles, and thus making her portrait of such an immortal heroine all her own. She is such a graceful, intelligent, intuitive actress, where less is so much more.

The Slow Flowering of a Beautiful Swan

What we see is a subtle flowering of a downtrodden street urchin into a titian-haired swan, capable of captivating the very men who wouldn’t have looked twice at her when she lived on her wits. It’s a convincing, slow transformation, and one that is more faithful to Graham’s idea of her his heroine as a spirited waif, and child of nature, at one roaming the cliffs and lying in a field of corn, after she basks in the post coital afterglow of her first union with Ross. I do like this new demureness, this use of symbolism, rather than the need to show everything. A sense of mystery is far more powerful, and leaves room for the imagination.

Bravo too, for mastering the Cornish dialect with such realism too. It must have made a change from playing regal queens.

A Bold Love Against the Social Divide

So, there is far more to Winston Graham’s colourful, picaresque tale of 18th Century Cornish life, than the battle for a largely female Sunday night audience. On a simple level, Poldark is a love story, across the social divide, with the scandalous union between Ross Poldark and Demelza Carne and all the delicious opportunity, this throws up for scandal and social and financial ruin for Ross – as the gentry punish him by refusing to do business with him.

In the seventies, version, coming hot on the heels of the swinging sixties, the political overtones of Graham’s novels are largely toned down, and overlooked, in favour of much bed-hopping, debauchery and comic Cornish accents, with the Spectator’s famously louche columnist, Geoffrey Barnard, declaring he loved the series, but lamented its ‘lack of a message’.

No one could accuse Debbie Horsfield’s 21st Century version of lacking a message.

Who resist a man in uniform? Aidan as Captain Ross Poldark, returns from the American War of Independence, a broken, lost man.

Aidan Turner as the paternalist squire is called a ‘loose canon’ in breeches. He is handsome, does the right thing by serving maids (after they offer themselves) and he is largely oblivious to class distinctions. Turner’s Ross Poldark is a 21st century Prince of Thieves. He breaks into jails to rescue dying servants, he gets down and smelly at the pilchard harvest and tells the wife he rescued from a terrifying, living hell and grows to love, “ You make me a better man, you have redeemed me, I am your humble servant and I love you.” Are you swooning now?

Demelza’s character acts as his moral compass, and there are many fascinating conversations between the two, on the idea of social justice.

In despair over Jim’s needless, barbaric death, he tells Demelza, “He tried to feed his family, how is that a crime?” To which Demelza softly replies, “ You can’t feed the whole world, all you can do is make your small corner a fairer place.”

Who Will Be The People’s Champion in The General Election?

Ross Poldark’s character has achieved what every single politician has failed to do. He makes us realise that what we need is – a people’s champion, who doesn’t just represent the interests of big business or the fortunate and pampered in life as we appear to be heading into a new 18th Century – with the chasm between the super rich and the rest of society struggling to make ends meet.

What we need now is our own Ross Poldark – a conviction politician, in the way that John F Kennedy was and Hilary Clinton might be, if there wasn’t a shadow cast by her husband’s lies or a murky question mark over Whitewater. Could that person be Russell Brand? He needs to make his mind up. Zeal and eloquence is one thing – but does he have the balls to enter politics?

Demelza elegantly riding side saddle with  Ross along the cliffs

Who can forgive us, for seeing obvious comparisons between the grotesque Warleggans’ with their rapacious pursuit of absolute business monopoly at any cost, and our own bankers and rogue traders, who can manipulate a financial crash, just by messing around with algorithms? While are politicians indulge in unworthy point scoring, and many ignore the tragedy unfolding in the Mediterranean, there are far more serious issues looming. Such as the contamination of our food, seas and soil and unhealthy monopolies by industrial conglomerates and high tech companies, who represent the new aristocracy in terms of wealth and power.

So, yes, thank goodness for Poldark and a new cult of Robin Hood – and all just in the nick of time to sex up a dull, lack-lustre general election. If Aidan Turner announced he was going to run for Prime Minister, he would win a landslide, because he has what all the slick, career politicians in this election lack – passion, conviction and a burning desire to make the world a better place; not just for the fortunate, or the strong; but for everyone – the question is where, oh where is the real Poldark? Your country needs you.

Alison Jane Reid is  a British Journalist and editor, specialising in interviewing icons and national treasures for two decades at: The Times, You, The Mirror, Country Life and The Lady. She is the founder and editor-in-chief of ethical hedonist magazine – a magazine devoted to making sustainability and Fairtrade fun, exciting, alluring aspirational to all. 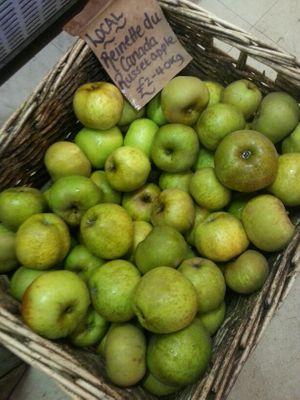 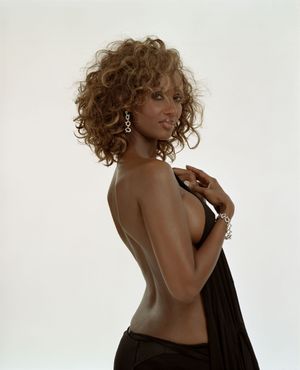 February 03, 2016
More in Arts and Entertainment

May 31, 2022
Comments
×You've successfully subscribed to The Luminaries Magazine
×Great! Next, complete checkout for full access to The Luminaries Magazine
×Welcome back! You've successfully signed in.
×Unable to sign you in. Please try again.
×Success! Your account is fully activated, you now have access to all content.
×Error! Stripe checkout failed.
×Success! Your billing info is updated.
×Error! Billing info update failed.