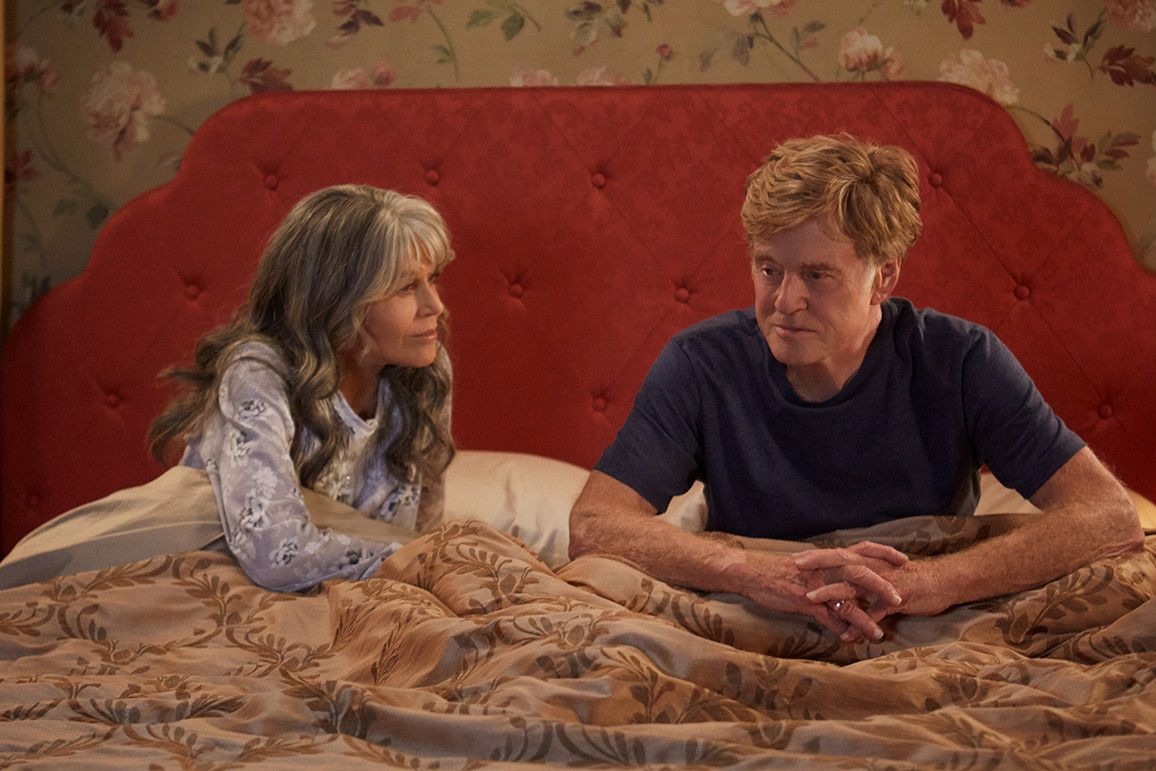 Film Review: Our Souls At Night

Film Review Our Souls At Night

I loved every minute of the film Our Souls At Night. At last, a profoundly moving, intelligent, gentle caress of a film, about ageing, human frailty, the importance of family and love, based on Kent Haruf’s beloved last novel written with the knowledge that he was dying.  For death laps around the characters, like a siren, and there is that sense that she might come to call at anytime.

The music alone will break your heart to smithereens, distilling the wild, pioneering Americana spirit, the sense of time passing and the romance of the American dream.  It will make you want to dance and cry too, as you admire Jane Fonda’s heroine wearing her hair long into her eighth decade! How dare she? How magnificent. How beautiful, plucky and less ordinary she looks and behaves.

Robert Redford and Jane Fonda Have a Love Rematch

It’s also a chance to see Robert Redford and Jane Fonda play lovers again, which is a delight.  Fonda can’t hide her delight either. She recently declared that ‘Redford is a great kisser’! Have I said how her adorable sixties and seventies cuteness has given way to a luminous, timeless beauty?

The film also has one of the best opening scenes I have seen, and from that moment, I promise you will be hooked. We are in small town America, the music is unbearably melancholy, the streets are empty and Robert Redford, heartthrob star of Butch Cassidy and the Sundance Kid, is believably eating a convenience meal for one, for age and widowhood seem to wither and obscure us all in the end; or maybe not….

Suddenly, all this unbearable isolation is broken by Jane Fonda’s character Addie, a pretty widow, who turns up unexpectedly on Redford’s porch in the early evening, and asks if she can come inside and speak with him. All the little nuances of age, past guilt and isolation are there. Redford peaking behind the net curtains and the sense of being utterly closed up inside.

The Master of Grumpy, Understated Emotion

“ I have a proposal,” she says nervously. “Would you consider coming to my house sometimes and sleeping with me? The flickering look of faint surprise on Redford’s lived in face is a delicious cinematic vignette. He is the master of grumpy, understated emotion. The reference to Indecent Proposal isn’t lost either, adding another layer to Redford’s rich career in film. But as Addie explains, “ It’s not about sex Louis. I’m lonely. It’s about getting through the night. The night’s are the worst don’t you think?”

And so begins a great, gentle, unexpected love affair, as two virtual strangers with plenty of history (and whole lot of tragedy) slowly fall for each other, through long talks into the night, the sweet, affirming benefits of companionship, the push and pull of family duty and the gentle teamwork to nurture and parent Addie’s lonely grandson, after his mother walks out on him and his father played with simmering rage and disaffection by Matthias Schoenaerts.

The camping trip into the mountains is moving, for its simple message about bonding, nature and adventure, and the importance of giving a child a sense of wonder that will last a lifetime. ‘ I love you grandma,’ says Jamie before the three of them go to sleep under the stars.

This is a film you have to see, whatever stage you are in life. Redford and Fonda are good together. There is plenty of chemistry and they are believable as a couple.  We’ve see them as an adorable hot couple in Barefoot in the Park (1967) and in the cowboy satire, The Electric Horseman, ten years later. Now, we get to see them play a couple in their golden years, and for once, it’s good to focus on the ideas, not the cute bodies – and the life-affirming belief that you can find love at any age if you are open to it.  That age is not a death in itself, like Louis’s pals at the coffee shop, who are so bitter, gossipy and jealous. But perhaps you have to learn to let go of the past and decide you are worthy of love first. As Addie teachers Louis, ‘ let it go -’ and having once missed ‘the call to be something more,’ Louis grasps his second chance in the most eloquent profound,  brave way. Wooing his lady with a  steam train set for her grandson, and in so doing, he learns to live and fight for love in the moment – by telling his sweetheart – ‘I just want to live out my day, and then come and tell you about it at night – you are where I want to be’ – life is just beautifully simple when you allow it to be so.

Our Souls At Night is Screening on Netflix

All Film Stills Courtesy of the Netflix Press Office. 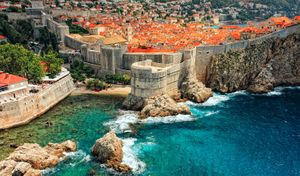 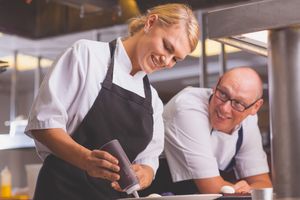 October 10, 2017
More in Arts and Entertainment