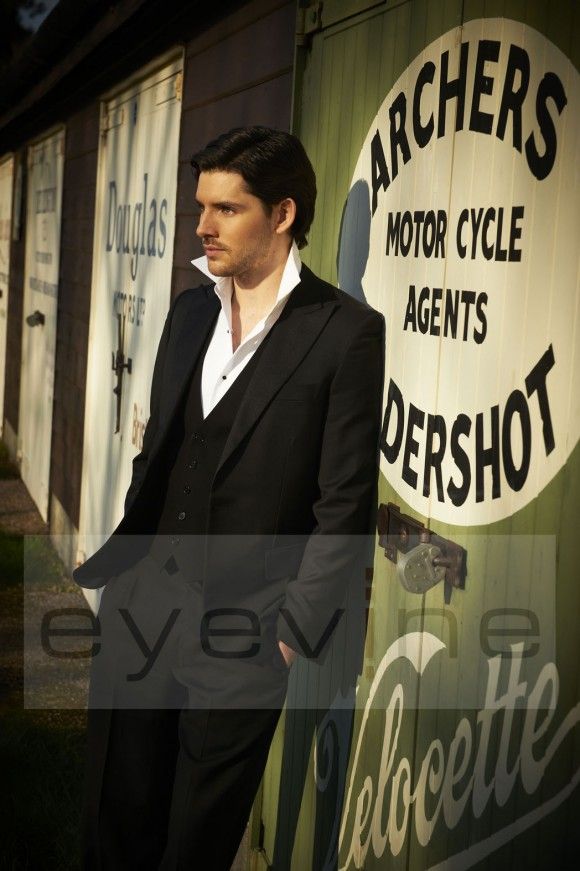 Forget vampires! – 2012 is the year of the thoughtful, intelligent geek. The crown princeling amongst wizardly, out of this world, thespian geeks, has to be Colin Morgan, the coruscating young actor from Armagh, Northern Ireland, best known for his starring role in Merlin. For it is Morgan who has read his Mallory and Tennyson and reinvented Merlin for a 21st Century audience not as a knarled, white-haired prophet of ancient myths and legend, but rather as a charming, gauche, accident-prone underdog who must wait until the time is right to reveal his magical powers.

Up close and personal, Colin comes across as thoughtful, intelligent and engaging.  Firstly, I hope I am not going to disappoint his legion of fans when I tell you that the actor who plays the gauche young wizard doesn’t look very like the dark-eyed alter ego he has so imaginatively constructed in the BBC’s hit series Merlin.

Firstly, Colin is really tall. Then comes the pleasant discovery that he is in fact far better looking than Merlin! Somehow, he just looks more chaotically boyish and masculine; like a young Gregory Peck in the film How the West Was Won. He is wearing a casual, blue and white check shirt, which just reinforces this idea, and hints at his love of being outside in nature, admiring sloths and bears. He would make a terrific cowboy. Then there are the eyes, which are very blue, lively, intelligent and inquisitive – but the hair is a revelation! Forget the glassy, smooth mop of the young wizard – Colin’s hair is thick, curly and plain unruly. In fact, he looks like he has just got out of bed! Which he probably has, as he has been up for hours, graciously conducting interviews on Skype for the world’s press, and answering such riveting questions as ‘what is his favourite pizza topping’, and ‘how would he like to spend a first date’.

Morgan is an appealing mix of raw, natural talent, and a rare maturity and thoughtfulness, perhaps fuelled by the self-knowledge that he is only too aware of the extraordinary journey it has taken him to arrive here at all.

“When I first started playing Merlin, I relied on instinct and my own experiences,” he says. “ I thought about what it must be like not to be able to show who you are and what your greatest gift is in a world that persecutes magic. I guess you can relate that to a lot of things. For me it’s about wanting to be an actor, growing up in Northern Ireland; and not being able to express that desire, because the opportunities just aren’t there.”

Colin was born in Armagh in 1986. His father is a painter decorator, and his mother works as a nurse; so far, so normal.  Then he calmly proceeds to describe the not uncommon scenario of being woken up in the middle of the night and having to evacuate the family home immediately, because there was a pipe bomb in the house next door. The next day he would go into school with a note for his teacher to explain why he hadn’t done his homework.  This he says was just an everyday taste of a childhood growing up in the long shadow of deep, ingrained hatred and sectarian violence.

The social consequences of Northern Ireland’s problems have been well documented. Big business stayed away, and unemployment was high for generations. But for Colin, the consequences ran deeper and were far more personal. Colin wanted to explore his love of drama, but there were virtually no opportunities for a young person to nurture, let alone study acting in the Province at this time.

Fortunately, Morgan is not the type of character to admit defeat easily.  “I found a way to get involved in drama in any way I could. I joined the local amateur dramatic society, and I still have such fond memories of those times. I was five years old when I first appeared in the chorus in a production of Cinderella, and then Peter Pan. People often ask me what inspired me to become an actor, and the truth is I can’t answer that. For me, it was always more like a natural instinct. Every part, every performance I have ever taken has just been about feeding that desire to act.”

The crisis came when he reached sixteen and didn’t want to stop. “The next stage was to choose subjects to study at the technical college. I had a fallback position, which was to study English, photography, and law. But I would have hated being a lawyer! There was no question; I wanted to do drama. But in Northern Ireland, there are very few colleges that offer drama as a subject, and my local tech didn’t offer a course. The closest place was Belfast, which was an hour and twenty minutes away.  No one could understand why I was prepared to travel back and forth on the bus every day for two years when my local college was five minutes away, but that is what I did.”

There was another reason why this was a dangerous proposition. Morgan is Catholic, and the college he wanted to attend was in a troubled, predominantly protestant area of East Belfast. In the summer before he enrolled at the college, masked paramilitaries stormed the building, looking for Catholic students by asking them to pronounce the letter H. (the reason for this being that Catholics and Protestants generally pronounce the letter differently). The students were told that any Catholics would be shot.

In the end no one was hurt, and Colin plays down this episode, and says that he didn’t experience any trouble when he was at the college, as the terrible violence which had blighted Northern Ireland for generations, was finally coming to an end with The Good Friday Agreement which came into force in 1999 and kick-started the peace process.

Three years later he graduated from The Belfast Institute of Further Education and won a coveted place at The Royal Scottish Conservatoire in Glasgow. Within a year of graduating in 2007, he was talent-spotted for the lead role in Merlin.

What I remember most about my encounter with Colin Morgan is how articulate and thoughtful he is. Does his star burn brighter because it has been fashioned out of adversity?  Absolutely. All I do know is that he is smart enough to know that hard work and sheer determination has catapulted him into a position of extraordinary privilege and opportunity. And if he continues to shine, all the glittering prizes. So far he’s made some very interesting choices outside Merlin, and he has deftly avoided being typecast. He won good notices for Esteban in Pedro Almodovar’s All About My Mother and took on the very challenging role of the troubled teenager in D.B.C. Pierre’s wicked black comedy in Vernon God Little at the Young Vic.

So what else can I tell you about Colin? Well, girls, he can cook!  Colin has a problem with lactose, so he sticks to a vegetarian diet, and says that the only way to make food taste really good, when there are so many things you can’t eat is to cook at home.

“I enjoy cooking. I think if you are a vegetarian, and you can’t have dairy in your diet, like me; you have to be able to cook! You have to learn, big time! And now I am based in London, which I love, I am looking forward to exploring some local farmers markets. I’m very interested in where food comes from. I think supporting farmers, and buying real, good food from farmers markets is really important. I think a lot of the health problems people face now are as a result of what they are eating. I don’t just mean junk food. I’m talking about eating food where you don’t know where it has come from. I am careful about what I eat, and I also like really good food.”

Colin’s other great passion is the natural world. Unlike most actors who are rather inward looking, Colin comes across as an individual who is hungry for experiences and knowledge of the world beyond his own horizons. He has been catching up with Frozen Planet on DVD, as he was away filming when it was first shown, and he describes it as   ‘stunning to watch’, and cites David Attenborough as ‘a hero of mine’.

“ It presents the facts and covers everything, without prejudice,” he suggests.  “I think it is very important to conserve and protect the natural world.  I’ve just come back from Costa Rica and they are really big on eco-tourism. They have lots of reserves, and they are really into protecting wildlife. I visited a reserve called Cabo Blanco. You walk into the reserve and there are capucine monkeys swinging from the trees and sloths. I am big into nature, and seeing animals in their natural habitats; I love it.”

Given his passion and affinity with nature, I can’t help thinking he would make an extraordinary Heathcliff; and perhaps he really should play a trendy vampire, with those saturnine good looks. “Grrr, I would love to play a vampire,” he says playfully showing a great sense of fun.

So what else moves Colin? Well, being a bit of a new age man, (Merlin would approve) he’s into yoga, and declares – “Yoga is phenomenal! It’s brilliant. I like the breathing and the focus that it brings. But I can be quite energetic if I am doing a play. You will often find me running along the corridors, to let off steam, and being quite bouncy before going on stage.”

He also tells me that he and Bradley James, his co-star in Merlin loved working with Miranda Raison, the former Spooks star, who recently played the heroine Isolde, who meets a very bloody end in Series Four. Betraying that naughty, boyish side again, he says, “We were teasing her about her Lara Croft curves, ha, ha. Miranda is great. She’s a good sport, and has a wicked sense of humour.”

What comes across quickly, is that Morgan is having a ball too.  There is no doubt that he is one of the most exciting talents to emerge from Ireland since a young Richard Harris also made his name in a much-lauded version of Camelot, alongside a rather luminous, feisty Vanessa Redgrave. His face lights up as he delights in telling me about the award-winning film he recently made with Irish director Darragh Byrne. In Parked he plays Cathal, a dope-smoking twenty-one-year-old who magically transforms the life of a lonely man with nowhere to live but his car.   “I really identified with the character. I liked the script, I liked working with Darragh, and I loved everything about the story – it couldn’t be more different from Merlin – it’s good not to be typecast – I’ve been very lucky.”

There is no doubt that we are going to continue to fall in love with this vibrant actor too as he lights up the screen and stage and enthralls us with his god-given talent for rapturous, spellbinding storytelling.

I for one can’t wait for the next magical instalment.

Series 4 of Merlin is out now on DVD.  Merlin will return for a 5th Series later this year. 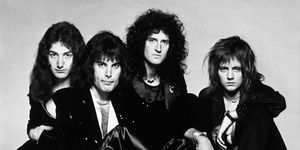 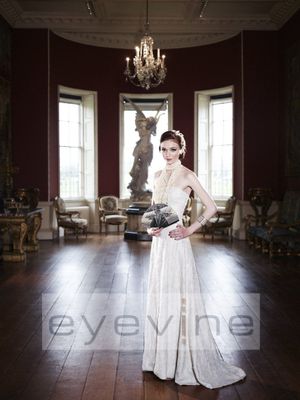 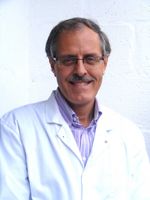 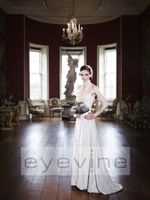 September 15, 2012
Comments
×You've successfully subscribed to The Luminaries Magazine
×Great! Next, complete checkout for full access to The Luminaries Magazine
×Welcome back! You've successfully signed in.
×Unable to sign you in. Please try again.
×Success! Your account is fully activated, you now have access to all content.
×Error! Stripe checkout failed.
×Success! Your billing info is updated.
×Error! Billing info update failed.