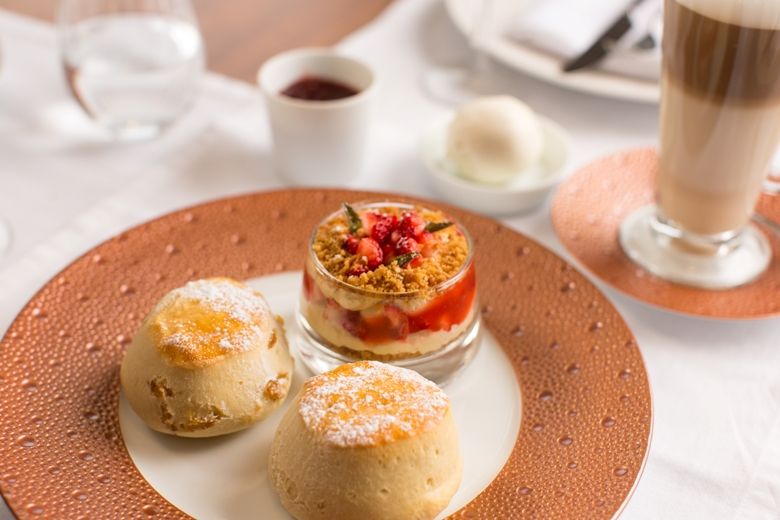 It’s the beginning of the first weekend of autumn and the sun is up, shining on the English Channel and on the wild berries. After a summer of showers, the wild fruits are now ripe and sweet, perfect to turn into some delicious homemade, foraged jam. If you’re planning to make the most of this dream weather, go take a walk on the wild side, hunt the most juicy berries and then come back to us. We have the recipe of Michelin Star Chef Steve Smith’s to help you make the best Hedgerow jam – and scones! – you’ve ever tasted.

Quite easy, isn’t it? While your homemade jam cools down, you can start making your own homemade fruit scones, following the very Michelin Star Chef’s recipe.

Tea at the Bohemia Restaurant, Jersey

And voila, cream tea is served in your back garden and it’s likely to be within the top ten desserts in the UK (Bohemia desserts, thanks to Steve, rank at number 6th!).

And for those who choose to reward themselves for all the hard work in the kitchen, you can make the whole experience even more ethical-hedonistic by adding a dollop of Rodda’s Cornish Clotted Cream. Made following a classic recipe, this cream preserves naturally and tastes simply delicious. Enjoy!

Head Chef Steve Smith at Bohemia has held a Michelin Star for over 10 years from the age of just 24. It’s been a dazzling couple of years for Steve. He was named Catey Chef of the Year in 2014, retaining Bohemia’s Michelin Star, being awarded 4AA Rosettes, as well as being listed in The Sunday Times Top 100 Restaurants, with special praise being given to Bohemia’s desserts which were listed ‘6th Best in the UK’. 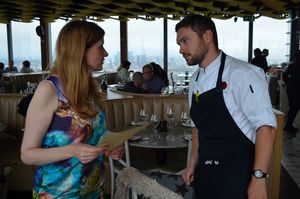 The Wedding Blues, Blame it On George Clooney! 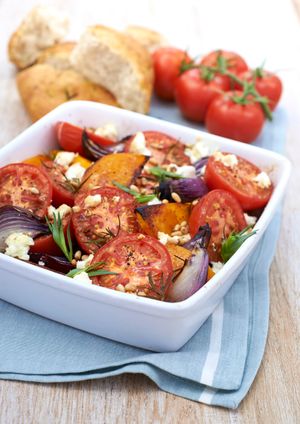 Butternut Squash with Isle of Wight Tomatoes and Feta 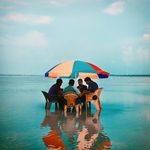 November 10, 2021
Comments
×You've successfully subscribed to The Luminaries Magazine
×Great! Next, complete checkout for full access to The Luminaries Magazine
×Welcome back! You've successfully signed in.
×Unable to sign you in. Please try again.
×Success! Your account is fully activated, you now have access to all content.
×Error! Stripe checkout failed.
×Success! Your billing info is updated.
×Error! Billing info update failed.